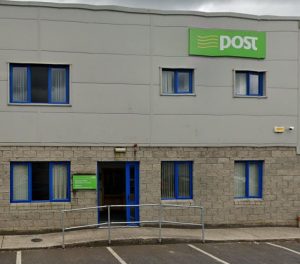 An Post is being urged to rethink a plan to close its delivery service unit in Ballinacurra.
The State-owned company is said to be considering the closure of the East Cork site along with Ballincollig, Carrigaline, and Cork City’s North and Southside delivery units.
Local Sinn Fein Cllr Danielle Twomey said the postal workers fear that “any closure will have a major impact on locals and the relocation of over 30 postal staff from the Ballinacurra site.”
Customers will have to travel close to Cork City to collect their items from the Little Island Mail Centre, where a super delivery services unit is likely to be created.
The Midleton based Cllr said, “this will cause extra hassle for anyone collecting an item.”
It’s expected workers at all five offices will be moved to the Cork Mail Centre within the next twelve months, as part of an effort to centralise services.
Cllr Twomey said she would be seeking clarification that no jobs would be lost if the Ballinacurra office is to relocate.
“If a decision is made to close the office, alternative arrangements should be made to allow residents to collect their parcels from Midleton, rather than travel to Little Island” added Ms Twomey.

Last year the postal service announced the closure of the Little Island Mail office, leading to the loss of 216 employees.
The service is to cease operations at the end of the month and is said to result in a saving of over €11million for the beleaguered company.
Since 2005 An Post has struggled to deliver, stating that the decline in its core business of delivering letters has worsened.
An Post said the closure of the Cork Mail Centre requires the company to “re-engineer” its mail infrastructure in the region, which traditionally centred around the former Cork Mail Centre building.
They said “part of that work may involve gathering some of our Cork delivery offices in a shared location. The possible use of the soon-to-be-vacant CMC building is one of the options open to An Post.”

The spokesperson added, “No decision will be taken without the involvement and co-operation of our Trade Unions and in the best interest of staff and our customers.”
A spokesperson for the CWU said “the reconfiguration of services is not unexpected in the light of the previously announced Cork Mail Centre closure.”
The Communications Workers Union (CWU) has said they are awaiting proposals from the company.