“Posting on social media may give you a feeling of empowerment, but does talking to a screen rather than a person really help or hinder your mental health? “

Last week, in an evening conversation with my husband, he was patiently trying to tell me I was spending a lot of my home time on social media. He also told me that I answer questions which he asks me like I’m replying to a Facebook post!

I was at first a little taken aback and then, when I thought about what he said, it really resonated with me! You see, I’ve never been a confrontational person, but I do tend to portray my frustrations online on posts which I might dislike. For example if I see a post with which I disagree, I feel the absolute need to make my point known.

I sat and thought about this for a while, and remembered several silly arguments over absolutely nothing that I drew on for days, simply because I couldn’t actually admit I was wrong.

As well as that, I also remembered several occasions when a person pointed something out to me and I immediately had to have my say, rather than listen, which is what I would have done pre social media.

I’ve personally posted life events, checked into a hospital, told personal issues, highlighted health issues and even announced family deaths via Facebook. And why? Was it what I was telling myself- creating awareness? Or was it simply a cry for attention? Then I asked myself how many times I went back to that particular post to see how much response it gained?

This posed a few questions for me - Are we living a social media lifestyle? Are we posting what’s on our mind, rather than speaking with an actual human being? Could this be an increasing factor in our incredibly high mental health issues?
I genuinely feel we are, and it is!

So I’m going to set myself a task. I’m going to have a three day a week social media detox , which means NO Facebook ,Twitter , Insta or Evening Linked In, for half of next week - on Monday ,Saturday and Sunday, as these are the days on which I seem to use it nonstop !

Fancy trying it too?
I think we could really help make a difference, and those of you who’d fancy taking part could even donate a few bob to mental health awareness for each day you’re social media free. Let’s give our mind, eyes and fingers a rest. 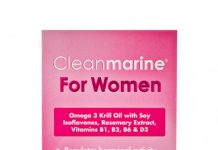 The Hairy Truth – Wow what a week!

Come diet with me – The Importance Of Water