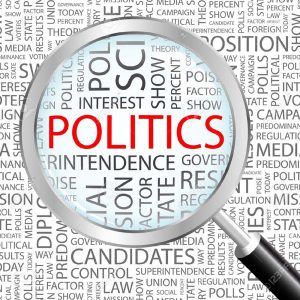 Big band icon and one-time Councillor Art Supple has ruled out a return to local politics.
While many of the Fianna Fail party in East Cork look to return to the halcyon days where dancehall owners walked the corridors of power, the show band legend says he’s ‘happy sitting alone in his old rocking chair’.
Art, an outspoken Fianna Fail supporter has rejected rumours, he is seeking a nomination to take the seat vacated by Aaron O’Sullivan late last year.
In 1999 the Youghal man was a ‘Victor’ for the party in the local elections, but failed to retain his seat in 2004.
Speaking to the East Cork Journal Art says his time serving the community is now ‘just a memory’.
He said while “it’s flattering to be mentioned” this time around he’s ruling himself out.
The show band legend’s decision not to seek the seat vacated by Aaron O’Sullivan last November, could have far reaching consequences for Fianna Fail in a local election and possibly a general election that is over twelve months away.
Mr Supple said the party needed representation in the Youghal area but he wasn’t that person.
While many parties are selecting their candidates for next year’s local election, it is possible Aaron O’Sullivan’s replacement may not be selected to contest the 2019 council election for Fianna Fail.
According to a senior Fianna Fail source, the party will make that decision after the local election area boundaries will be decided.
The Local Government and Electoral Reform commission are expected to make their recommendations in the next three months. If the current City boundary extension is legislated for, it could see Cobh bunched into the East Cork Municipality.
Should this happen, it may well alter the decision on who the party select to serve East Cork for the next five years.
Niall O’Neill and Michael Ahern at present remain the only Fianna Fail members to seek a nomination in East Cork to take young O’Sullivan’s seat.
30 Year old O’Sullivan resigned his seat last November, citing work commitments as his main reason for stepping down.
He said he found it increasingly difficult to hold down a full-time job as a Solicitor and work as a public representative.
The party have not yet set a date to decide his replacement, but nomination forms were mailed to affiliates this week.
48 Members have voting rights in deciding the Youghal man’s successor, while O’Neill is popular among the grass roots, it’s expected Ahern may get the nod for the straight road.
This would be seen by many as a consolation prize for Ahern not receiving approval from headquarters to contest the next General election for Fianna Fail in Cork East.
Cobh Municipality Chairman, Councillor Padraig O'Sullivan, was this week named as running mate for sitting TD Kevin O’Keeffe in Cork East.