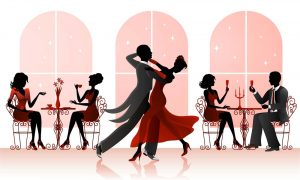 Ballinrostig Vintage Club will hold its annual Dinner Dance on Saturday, 11 November with the club set to donate the funds raised this year to three charities and local causes.
Garryvoe Hotel will host the Dinner Dance from 8pm, with this final event of 2017 serving as the main celebration of the club’s ten-year anniversary.
“It’s on next Saturday night in Garryvoe,” said Jim Wall, Chairman of the Ballinrostig Vintage Club. “Meal is on at 8pm which will be followed by the band, the West End Boys, with a disco afterwards. The tickets are €30 and are available from my own number or from any members of the club. It is a celebration of our 10th anniversary, which is an important milestone in the club’s history.”
As was the case in previous years, the end-of-year Dinner Dance is the club’s opportunity to hand over the proceeds raised in the last 12 months to its chosen charities and local causes.
“On the night we will have the presentation of donations of money we’ve collected during the year,” said Mr Wall. “There is a total of about €7,000 going to three charities and local causes. We have roughly €4,600 going to Marymount Hospice, €1,000 to the Friends of Midleton Community Hospital and €1,000 towards the new building in the school of Aghada for children with autism.”
On both his behalf and the club’s, Mr Wall wished to express thanks to all those who supported Ballinrostig Vintage Club this year.
“We would like to thank everyone who supported us during the year,” said Mr Wall, “and helped us to raise that money for charities and local causes. We had great field day in July that helped us raise the money for those charities. It was a very successful year for the club on our 10th anniversary.”
Tickets for the Dinner Dance can be purchased by calling Mr Jim Wall on 086 838 9535 or by contacting any committee member.

More Needs to be done to Exorcise Ghost Estates of the...