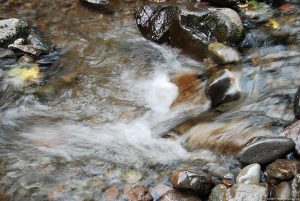 Fresh calls have been made to start regular dredging of Ballinacurra Harbour, the Owenacurra and Roxborough Rivers near Midleton.
Councillor Noel Collins has claimed that silt levels are at a record high increasing the risk of flooding in the area.
He told this week’s Southern Committee “both the Roxborough and Owenacurra rivers are also heavily polluted and unsightly, from years of indiscriminate dumping.”
The Midleton based Cllr’s call comes as County Engineers report phase one of the Midleton flood relief scheme is still to be completed over a year on from its commencement.
Almost two and a half years ago the lower part of Main Street Midleton was under several feet of water as the town’s two rivers burst their banks, putting many businesses under threat of closure.
In a report to council, acting senior executive engineer, Colm Brennan, from the authority’s coastal management and flood projects department said “flood defences and dredging are being considered as part of stage one of the Midleton relief scheme, which should be nearing completion in quarter one of 2019.”
Cllr Collins said he was disappointed in the senior engineers report as it failed to identify when the council propose to begin dredging.
He said flood prevention works in the East Cork town must be given priority status, as a repeat of what happened in 2015 cannot be comprehended.

Getting your Dancing Shoes on as Gina and The Champions Will...