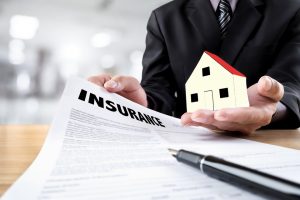 Cobh Municipality are to request the Insurance industry to review its current flood risk policy.
Municipality Chairman Fine Gael Cllr Anthony Barry has hit out at the insurance industry for using Office of Public Works (OPW) mapping as a reason to refuse cover.
He said despite home owners who have never flooded being charged a premium to off-set those at risk, cover is not being offered.
The Municipality chairman gave the example of the Carrigtwohill estate of Cul Ard who are being denied cover even though only 4 properties out of the 450 house estate are deemed at risk.
He said thousands of people across the county are exposed to the threat of losing their home if they are unable to find insurance as cover forms part of their mortgage agreement.
The Carrigtwohill based Cllr claimed the OPW 1 in 1000 flood model should not be used for commercial reasons as it forms just part of a national framework and is modelled on “Noah arc extremes.”
As a result, the redrawing of the flood risk boundaries it is putting untold pressure on businesses and home owners he said.
The Insurance Industry were asked for comment however no one was available prior to going to print.

A Memorial to Honour Youghal men lost in WWI and WW2