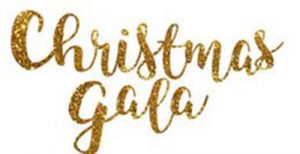 The Castlemartyr Family Carers and Disability group’s, annual free Christmas extravaganza takes place this Sunday, 3 December.
The festive musical celebration will take place at the Castlemartyr National school hall between 2:00pm and 5:00pm.
The concert represents the cream of East Cork talent and will include many Christmas favourites, fun entertainment for the entire family and a special guest appearance.
Elizabeth and David Maddox who have been the driving force behind the event have said the participants are busily rehearsing their acts.
12 different acts will be present on the day.
The family carers and disability support group, Christmas show, this year involves the Castlemartyr Children’s choir consisting of amateurs, pupils from the local primary school.
Also included in the event are the Youghal pipe band, Catriona Twomey and the High Hopes choir, Dennis O’Rourke, Barony Choir, Sarah O’Shea, Anne Crowley and the Midleton Age Active Choir, Charles McAllister, Bobby Lee and his group from Youghal, Sinead Sheppard and her dance troop, The Cobh Animation Team with James Kirby and special guest.
“Entry is free however a donations box will be at the door for contributions towards hire of the hall and electricity costs. The remaining monies will be used towards our monthly costs for our group’s support meetings at the old school house on the Mogeely road” David Maddox tells the East Cork Journal.
14% of people in Ireland have a disability, according to the latest data from the Central Statistics Office (CSO) almost 200,000 people care for a family member or friend, 60% of carers are women.
In Cork nearly 20,000 are registered as carers and its groups like that of Castlemartyr family carers and disability group who give both emotional and psychological support.