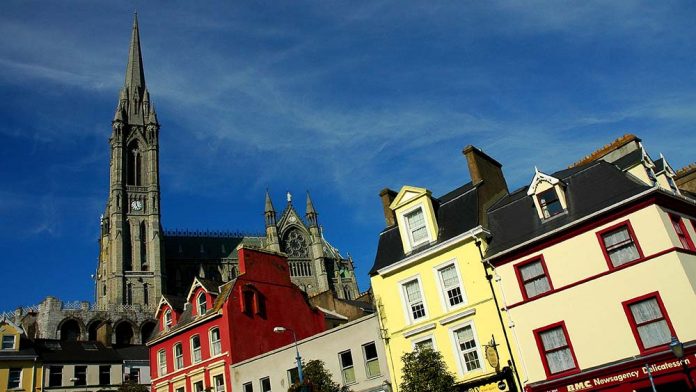 The Committee of Cobh Playground Fundraising has released a public update explaining the group’s current total of funds raised, its prospective timeline for the project’s completion and the final fundraising push running until this January.
The public update outlines that the current total of funds raised to date stands at €166,627, just €15,000 short of its €180,000 target.
In order to meet this shortfall, Cobh Playground Fundraising have asked for the continued support of the Cobh and wider community during the final push of its fundraising efforts.
Cobh will see door to door and public collections from now through to Saturday, 30 September, with specific details available on the group’s Facebook page.
Also taking place on Saturday, 30 September will be the second Carrauntoohil climb. As the first Carrauntoohil climb in aid of Cobh Playground Fundraising had to be rescheduled for 3 September, some climbers were unable to take part. Despite all sponsors understanding the circumstances and pledging their sponsorship, those who missed the first event will now instead see through their commitment to climb the highest peak in Ireland in less than two weeks’ time.
Other upcoming fundraisers include a comedy night, with the act to be revealed soon, on Saturday, 21 October and a table quiz to be scheduled for November. Finally a repeat of the very successful and highly popular Full Monty event is set to take place on 6 January 2018 as a goodbye fundraiser.
There are also a number of collection boxes throughout, and donations can also be made to the group’s local credit union account or GoFundMe account. Any local business or clubs can also run their own fundraiser on behalf of the group, with which its members would be more than happy to assist.
During a meeting held with Cork County Council just over a week ago, the following timeline was agreed: the public tendering for the project to commence will get underway in early October, with the successful tender to be chosen and the contract awarded in mid-to-late November. In mid-to-late December, work on the new playground is expected to commence with the project’s completion hoped for March/April of next year.
Cobh Playground Fundraising was established in July 2015 to supplant the under-equipped playgrounds at the Five Foot Way and the Promenade with an all-inclusive playground suitable for all children in the town, including those special needs or those who are differently-abled.
The Committee of Cobh Playground Fundraising said in a statement: “To date the public have been phenomenal in their support for this local community project and we the committee would like to sincerely thank each and every one of your for that. Our final request is that you can stay with us for the last few months and for our final push.”

Midleton Town Remembering the Choctaw Gift of Aid to Ireland 170...

East Cork Students Speak Out about the leaving Cert