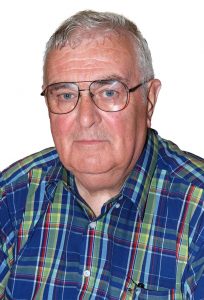 Councillor Noel Collins says the Government must fill the gap between the Fair Deal and HSE Home Help schemes.
The Independent Cllr this week called on Minister Jim Daly to advance proposals for a health care package for the elderly.
At present the state only provides limited care for those elderly who wish to be cared for in their own homes.
Just 180 people nationally have an intensive home care package.
The Midleton based Cllr said there was a “desperate need for a statutory scheme to replace the HSE funded Care package” and that “home help support was never more urgent.”
The HSE winter initiative saw the number of home help hours increase to 896,118 last December but cut by almost 70,000 a month later.
It can cost the state up to €1,300 a week for hospital care, between €800 and €1,200 a week in a nursing home and just €650 a week for an intensive home care package.
Cllr Collins received the full support of Cork County Councillors for his motion stating it made economic sense while also supporting elderly people in their community.
Cllr Linehan Foley who backed Cllr Collins said “we are all aware in our constituencies the amount of people who would like to stay at home. They should be entitled to stay at home. These are the people who helped build our country, it’s the least we could do.”
Cllr. Gillian Coughlan said “We all know there was a housing crisis coming down the line. We are now retrospectively looking at the housing crisis. Now we know around the next corner very, very soon is this ticking time bomb of an ageing population. Let’s get ahead for once. “
While Cllr Anthony Barry said the Council should act now to avert an older adult sheltered housing crisis.
He said very often “retirement homes are inaccessible places, where people are cut off entirely from communities where they may be living for 40 to 50 years. “

Midleton Home Needed as Community Prepare to take in Family of...