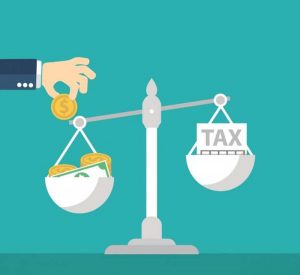 Cork County Councillors have voted to maintain the local property tax at its highest level for the second year in a row.
On Monday 25 September, Councillors voted by 35 to 9 to keep the level paid by home owners at the 2017 rate.
A motion tabled by Sinn Fein to reduce the tax by 15 % was rejected by the majority of Cllrs voting 31 against and 9 for the motion.
Prior to the vote councillors were provided with a report which outlined the affect any cut would have on the Councils ability to run services.
Council officials warned even keeping the Local Property Tax rate at baseline level would mean the authority would be running at a loss of €3million in 2018.
By reducing the local property tax rate by 15% would mean the authority would remove over €6million from its coffers, they said.
Director of Finance Loraine Lynch said the authority need to budget for increased spending next year, which includes the Landsdown Road / Hadington Road agreement and pension increases.
Leader of Fianna Fail in Cork County, Cllr Seamus McGrath said his party would like to see the base rate of tax remain.
“We can clearly see the demands the council face over the coming year that every single Euro of funding will be required to meet those demands.”
“Any party or individual who proposes a reduction in local property tax I think they clearly have a duty to outline what services they propose to cut in any proposed reduction.”
Fine Gael leader, Cllr Kevin Murphy said his party would also like to see the “status quo” maintained.
He said “We have to be cognisant that any reduction in the local property tax for the coming year would have a detrimental effect on our communities.”
Cllr Murphy continued, it was important the County council continues to maintain communities to the best of its ability, by ensuring they are properly looked after financially and their demands are fairly well met.
Sinn Fein Leader Des O’Grady said people are struggling to pay and not get anything back in return.
He said by reducing the Local Property Tax by 15% it would be putting €6million back into the pockets of “crucified” communities.
The Sinn Fein leader said he was aware the challenges faced by the council but he couldn’t stand over the base rate of LPT when the local authority had €13million in reserves, providing a rates rebate of €3million to small business and is owed almost €3.5 million by Irish Water.
Leader of the Independent grouping in Cork County, Cllr John Paul O’Shea said his colleagues would not be supporting the Sinn Fein motion.
He said the group would not have it on their conscious taking €6million out Of a very demanding budget when Cllrs will be looking for an increase in funds and services in next month’s budget.
The Independent Cllr added by removing the €3million rates rebate for “struggling” businesses was a “vote to demise the economic activity in the County.”
Labour Councillor Cathal Rasmussen said he also, could not support a reduction in the base rate while services in the county are over stretched.
By maintaining the Local Property Tax at base level it’s expected the County Council will reinvest €1.1 million in the County’s villages and towns, split evenly across the county’s eight Municipal Districts.
€500,000 likely to be added to the Town Development Fund bringing the overall amount to €1.1million to be spent on the maintenance and enhancement of approach roads to towns, verge cutting on strategically located roads and general upgrading and maintenance of public spaces and their presentation.
A further €500,000 is anticipated to be used to reinvigorate rural communities, giving each municipal district a further €62,500.

East Cork Amongst Groups to Feature In 1916-2016 Commemorative Book