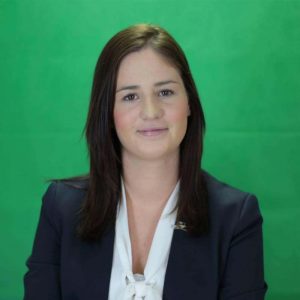 The government need to make changes to the Local Government Act 2001 if they want to effectively attract young women to politics, Councillor Danielle Twomey has claimed.
The Sinn Fein Cllr who recently returned to work after giving birth, has called for a legal review of the legislation, which fails to provide for maternity leave.
The Midleton based Cllr who received the full backing of the local authority on Monday 11 September said; “under legislation we have a gender balance, it’s only fair that we have a level playing field for women within politics. The legislation is currently catering for public representatives who are ill, but it doesn’t cater for women on maternity leave.”
If a Cllr misses more than 6 months of meetings they stand to lose their position, according to legislation the minimum period a woman is allowed to take for maternity is 6 months.
Cllrs have a basic annual salary of €16,995 and must attend a minimum of 80% of meetings/ committee meetings before expenses are paid.
“It’s like saying we want young women in our party, but don’t want them to have children” commented Cllr Twomey.
The Midleton based Cllrs call is being backed by the National Women’s Council of Ireland (NWCI) who say local authorities are the entry point for many women into National Politics.
Laura Harmon, NWCI Women in Leadership Officer said “six months maternity leave should be available for all women politicians to take. We advocate that the role of a public representative should be made more family-friendly – this includes alongside six months maternity leave, extending paternity leave for men, including male politicians, and reviewing business hours and exploring the introduction of remote voting and video conferencing for politicians.’’
Sinn Fein Cllr Rachel McCarthy who backed Cllr Twomey’s motion said “If anyone else from another industry said, I’m going on maternity leave and I’m not getting paid, I’d say that’s an absolute outrage. Here we are sitting in chamber and women are not entitled to maternity leave. It’s shocking.”
Fianna Fail Cllr Gearoid Murphy said while he backed the Cllr’s motion, he would prefer a parental exemption for six months.
Independent Cllr Noel Collins said; “equality of rights will resolve all these maternity / paternity issues and it’s up to the minister to do so, he’s promised to do so.”
Whereas Fine Gael Cllr Deirdre Forde said; there’s a lot of problems keeping a female perspective on policy right across the board from nationally, locally and European.
She said providing maternity leave for female politicians was part of a raft of proposals been discussed at EU level, to support a higher birth rate for European countries with a falling birth rate.
A department of Housing, Planning and Local Government said the current legislation allows a local authority the discretion to extend a councillors absence period for up to 18 months. They also say a councillor can be absent for 6 months and still receive the full amount of the fixed annual rate (worth between €2,286 and €2,667) provided he/she has full attendance for the other 6 months of the year. Attendances below 50% will result in the fixed annual rate being reduced proportionately. The 80% attendance requirement only applies to the travel and subsistence elements of the annual expenses allowance. If a councillor is not commuting to attend meetings then he/she is not incurring costs for petrol, meals, etc, and as such has no entitlement to claim expenses regardless of the reason for the absence.