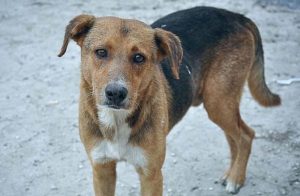 Councillor Marcia Dalton has called on Cork County Council to embark on a social media campaign to find a home for every stray.
The Independent Cllr told the July sitting of Cork County Council’s Southern Division a Facebook page or website was needed to ensure every dog or horse taken into care is rehomed.
Cork County Council is only one of five local authorities who currently do not offer either online facility.
Most local authorities, pounds either operate a webpage, social media site or partner with a charity to help rehome or reunite stray animals, Cork County Council do neither.
Despite not operating an online service, last year Cork County Council reunited or rehomed 86% of all dogs handled by its pound, which was more than 540.
Cllr Dalton said while the pound was largely successful in its rehoming of animals an online presence would “increase public interaction” with the service and “increase adoption rates.”
She said while it would be good PR for the council it would also “reflect the effort the dog wardens are doing to rehouse the dogs.”
Cllr Daltons motion was backed by fellow Independent Cllr Mary Linehan Foley who said she was “100%” behind the initiative.
The motion also received the backing of Sinn Fein Cllr Des O’Grady and Independent Cllr Kevin Conway.
In response to Cllr Daltons motion the County’s chief vigenary officer Dan Crowley said while such an online presence would be “welcome and progressive”, due to resource constrains it is unattainable at present.
“To run a web page would require a full-time person to monitor, ensure content is current and respond to increased correspondence the page would generate.”
“Dog wardens, kennel services and administration staff would have to be issued with the technology, training and capability of providing such a service.”
Deputy Chief Executive Declan Daly said at present the authority are tendering for an operator for its pound. He said the provision of a website has been incorporated as part of the tendering process.