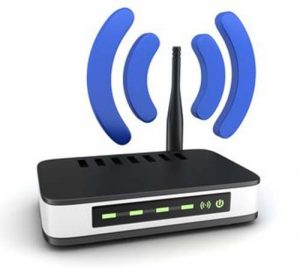 Cork County Council have appointed a broadband officer to help with the roll out of broadband to rural areas of the county.
Head of the Authority’s environmental directorate, Louis Duffy said the move is part of an effort to ensure there are no stumbling blocks to the rollout of the national broadband scheme launched by Minister for the environment, communications and climate change, Denis Naughten in April.
Under the initiative supported by the Department of Arts, Heritage and Rural and Gaeltacht Affairs the government intend to make broadband accessible to all, at a minimum 30MB download speed and a 6MB upload speed.
Earlier this year Eir promised to provide 300,575 premises with broadband by the end of 2018, with Siro in partnership with Enet promising an additional 100,000 premises in other parts of the country, reducing the number of houses in the national broadband plan.
At this week’s Southern Committee meeting in County Hall the Environmental directorate and Cllrs said they believed all three broadband providers were cherry picking the most profitable areas, making it difficult for the roll out to the remaining 541,000 businesses and residents, in what’s considered some of the most difficult areas of the country to reach.
“It is making it more and more challenging to find what is the final number that will need state intervention” commented Mr Duffy.
A decision on a contract for the rollout of the national plan has been stalled because of complications connected to state subsidies and other elements.
“We are trying to ensure that it’s made easy for the companies to rollout the service and at the same time not compromise what’s left afterwards” commented Mr Duffy.
Southern Committee Chairman, Labour Cllr Cathal Rasmussen said the issue is not just related to rural Ireland. He said “you don’t need to go to rural Ireland at all. It’s all the towns in East Cork where broadband isn’t available. It drops off and speeds are slow,”
While Independent Cllr Marcia Dalton said “people are trying to run home businesses in Monkstown and they cannot get broadband. There was a fibre optic cabinet installed eight months ago. The [broadband] engineers say it’s switched on but its politics which means it can’t be provided to potential clients in Monkstown.”

Youghal, Midleton and East Cork Call to Help the Homeless