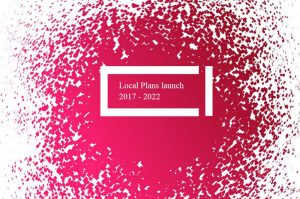 Almost €10,000 has been provided to 6 East Cork projects through the creative Ireland Grants scheme.
The programme is a follow on from the County’s hugely successful 1916 /2016 commemorations.
Heritage Officer Conor Nelligan said through the Creative Ireland Programme the authority are investing in projects that express our identity through culture while also building on our sense of nationhood.
The Creative Ireland Programme is a five year national plan intended to bring communities together, and to strengthen our sense of identity.
30 projects were successful in securing a portion of the €35,000 fund the schemes selected on Monday 24 July focus on the creativity of children, communities and gives support to artists and makers, local arts groups, local historical societies, drama clubs, and community groups, as well as individual citizens.
In Cobh the Sirus Art Centre were provided with a grant of €1,000 for ‘What Passes Between Us’ a talk, performance and boat tour of Cork Harbour to accompany a solo exhibition of work by Cork based Padraig Spillane.
Three projects in Youghal were successful; Youghal4all received €500 towards their Youghaloween Spooktacular festival which focuses on Ireland’s Ancient past and incorporates local myths, beliefs and customs.
Comhaltas Craobh Eochaille received two grants, totaling €2,500 for a pop-up project promoting cultural activities in derelict windows of disused buildings along with workshops teaching traditional music to young musicians, promoting identity and pride of place.
In Killeagh Greywood arts received €1,000 towards a performance event and series of family orientated workshops.
In Midleton €1,350 was given to the Midleton Arts Festival for a Halloween Kindred Spirit Drumming event.
There was also €2,000 provided for a joint venture between Cobh and Clonakilty in west Cork for “a Moveable Feast” a collaborative and community orientated set of events for the asylum seeking community distributed throughout Cork County.
There were three East Cork projects that were refused funding through the programme.
Comhaltas Craobh Eochaille were refused funding for two projects, a series of summer cultural activities and a seminar exploring the potential for the traditional arts within the creative Ireland programme failed to gain attention for grant aid.
In Midleton a bespoke WWI memorial wall failed to attract funding.

History Made in Youghal as Inaugural CD is Launched

This Midleton Fashion Extravaganza Is Not To Be Missed