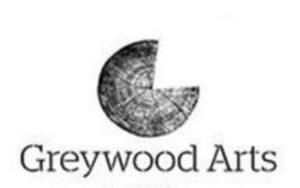 Creative Killeagh, a continuous programme of art-based events that will last approximately seven months, will be launched this Halloween on Tuesday, 31 October.
Greywood Arts, Killeagh will host the launch event which is tied to a performance event entitled Woodshop which itself continues from two smaller events held this coming weekend.
The launch of Creative Killeagh will take place from 8pm – as to allow time for trick-or-treating – and will include a speech by Killeagh resident Patsy Irwin on the history of Greywood during its time as a sawmill. The evening will also include games such as snap apple and traditional treats like brack.
The night’s interactive Woodshop event will be performed by Léann Herlihy, the current artist-in-residence at Greywood Arts, in which she will explore the ritual of rocking, incorporating the rocking chairs made during the workshops prior to the performance.
Ms Herlihy’s performance marks the first of the Creative Killeagh series of arts workshops, performances, and events will run from next week through to May Sunday 2018 [6 May, 2018].
“We are delighted to see the outpouring of support for Creative Killeagh,” said Jessica Bonenfant Coogan, Director of Greywood Arts. “People are especially excited about celebrating May Sunday, and the months leading up to it will be rich with creative opportunities for the village. It is great having Léann here for Woodshop, working directly with residents.”
The first of two woodworking workshops leading to Ms Herlihy’s performance are based around constructing a rocking chair and will be held from 2-5pm this Saturday, 28 October with the second following on Monday, 30 October from 10am-1pm.
These workshops will outline the basics on building a rocking chair while encouraging creativity. The events will be supervised with safety equipment provided. The main joining method will evoke jigsaw puzzles, in that each section will offer multiple possibilities in creating different and abstract forms of rocking chairs, which will then be exhibited at the launch night with their carpenters credited. Construction is child-friendly, but children must be accompanied by an adult.
Creative Killeagh is organised through Greywood Arts, Killeagh-Inch Community Council, Inch Foróige, and local volunteers and is supported by Creative Communities funding from Cork County Council and by Creative Ireland.

On Your Bike East Cork To Become Part Of A Network...

New Road Safety Measures for Carrigtwohill Get the Green Light