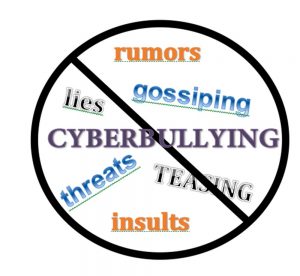 Legislation should be brought in to deal with the problem of cyberbullying, according to Independent Councillor Noel Collins.
Mr Collins told Cork County Council on Monday 23 October there was little regulation and control of bullying on social networking sites.
Under Irish Legislation there is no specific law which makes cyberbullying illegal, however there has been successful prosecutions under section 7 of the criminal justice act 1994 and section 13.1 A of the Post Office Act 1951 as amended.
A recent survey of almost 5,000 teenagers in 11 countries including Ireland attempted to show the scale of cyberbullying.
The study carried out by YouGov found that over a quarter of Irish teenagers have been the target of cyberbullying.
The teenagers surveyed felt online bullying was worse than face to face bullying with over half believing it to be worse than drug abuse for young people.
The Midleton based councillor said specific legislation to deal with cyberbullying was now needed.
“Such legislation is necessary to rescue the victims from the bullies and the bullies from themselves.”
He said “reports have recommended that the nonfatal offences against the persons act should be amended to provide for an offense of cyber bullying, however it is slow in coming.”
Youghal based Councillor Mary Linehan Foley backed Councillor Collins motion.
In 2015 Cllr Linehan Foley was the target of a fake Facebook account. The communication was intense and relentless over a number of weeks.
Gardai at the time stated they were following a definite line of enquiry. The case was subsequently dropped by the Director of Public Prosecutions.
Speaking to the East Cork Journal the Youghal based Councillor said if there had been a specific law regarding online bullying there may have been a different result.
Councillor Collins received the full backing of the authority who are now writing to the Ministers for Justice and education to enact appropriate legislation.

Midleton and East Cork Gear Up For East Cork Food and...