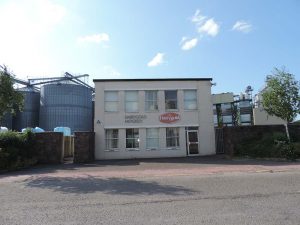 A decision on whether to grant or refuse planning permission to Dairygold Mogeely to release up to 290 million Gallons of treated waste water containing Fats oils and Grease into Cork Harbour is due on Monday 24 July.
Last December the Dairygold Co-operative lodged a planning application with Cork County Council to increase its capacity to produce cheese at their Mogeely site.
Part of the plan is to construct a 14 kilometre pipe from Mogeely through to Rathcoursey west, known locally as the head of the ferry, where it will connect to an outfall pipe.
If the planning application is granted it 3 million litres of wastewater containing Fats Oils and Grease, known as FOGS in the food industry would be released into the Ferry daily.
The proposal comes following the strengthening of the co-operatives partnership with Tine SA a Norwegian based food producer.
Tine SA Norway’s largest farmer owned dairy co-operative in partnership with Dairygold want to construct a new Jarlsberg Cheese production facility alongside Dairygold ’s existing specialty cheese unit in Mogeely.
Dairygold argue that the effluent will be discharged during EBB tides with the water undergoing an 80% exchange, so a significant discharge event will meet new water coming in.
While the region welcome the growth in the Mogeely site, environmental concerns are on everyone’s mind.
Locals have expressed a fear that the plan is a looming risk to the health of the river.
The outfall is located between two protected sites for migratory birds. One to the north of the pipe, along the northern shores of the Great Island. The second just beyond East Ferry to the south at Saleen creek.
Neap tides and spring tides have different flow rates meaning it would be questionable if the effluent would be flushed out of the estuary sufficiently.
Currently Dairygold have a licence for particular discharge limits into the Kiltha River, should they be granted permission for the Rathcoursey site they will be tied to more stringent discharge levels.
The dairy board intend to construct a new waste water treatment plant on site in Mogeely to deal with the food grade waste.
Dairygold say they will be careful to be good stewards of the environment by treating the waste prior to dispersal.
Water that does not meet the limits specified by the Environmental Protection Agency will not discharge and will be returned for further processing.
The effluent they say is classified as grey water and therefore of sufficient quality to be ideal for use in horticulture and irrigation.