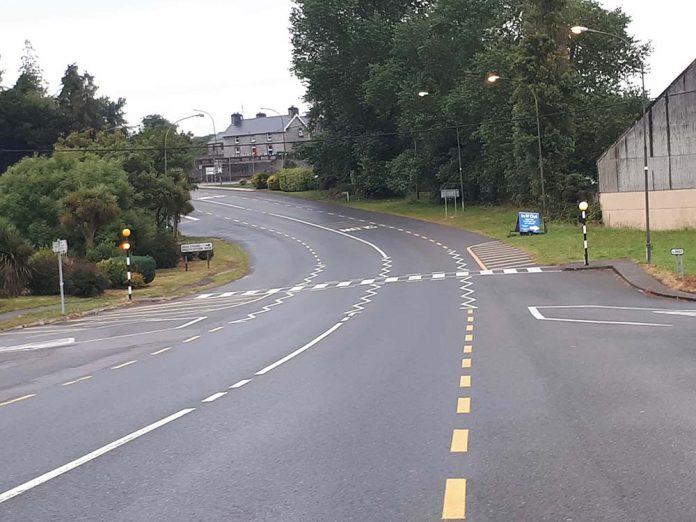 Cork County Council have started design work on a series of potential road safety improvements on the R630 close to Ballinacurra Village, but say they have no money to complete the works.
The news comes following the tabling of a motion at the September sitting of the East Cork Municipality by Cllr Danielle Twomey.
The Sinn Fein Cllr had been calling on the council to install proper warning signals and barriers at a pedestrian crossing linking Ballinacurra Village to Grotto view and the Bailick Road off the R630.
Ms Twomey said the road is so dangerous residents don’t know whether they are going to make it to the other side of the street before getting hit by a vehicle.
“If people are approaching some vehicles won’t give way. You also have other motorists overtaking on the inside lane when vehicles do stop to leave pedestrians cross.”
She said “There is no signage at the Saleen side to warn oncoming traffic and the signage on the Midleton side of Ballinacurra is sandwiched between Castleredmond and the Ballinacurra grotto entrance.”
Senior engineer Cork Roads, David Clarke said he would carry out an immediate review of signage and address any deficiencies.
Under the 2009 Midleton / Whitegate traffic management study the need for traffic calming and improvements to junctions and the provision of pedestrian footpaths from Lakeview to Rose Hill on the Whitegate road were identified.
The report recommended narrowing the road, mediation of the hard shoulder and the provision of a push button crossing.
Cllr Noel Collins who backed Cllr Twomey’s motion said he has the issues regarding the pedestrian crossing well documented in County Hall.
He said “what is needed now is funding and action.”
Cllrs Michael Hegarty and Susan McCarthy who have long campaigned for improvements in the area also lent the motion their support.
A senior council official told the sitting “funding has not been available to further the traffic calming works beyond the dark road.”
They said they are currently examining the possibility carrying out the works on a phased basis under low cost safety measures over a number of years.