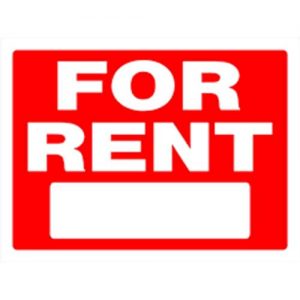 A motion to have the Minister for Housing Eoughan Murphy, to include rent pressure zones in Midleton and Youghal has been approved by Cllrs.
Designed to cap any increase in rent in a local authority area, Rent Pressure Zones have already been introduced in Cork City and Cobh.
A motion by Sinn Fein Cllr Danielle Twomey was backed by all members of the East Cork Municipality at a meeting of the borough on Monday.
Ms Twomey said “Midleton has a huge issue of creeping rents but Youghal is catching up as well.”
She said was inundated with families living in privately rented accommodation who are seeing their monthly rent increase from €850 a month to €1300.
The Midleton based Cllr said many could not sustain the increase for much longer if action is not taken.
East Cork Municipality Chairwoman, Fine Gael Cllr Susan McCarthy said she was “horrified” both areas were not included in the last pressure zone review, despite Midleton and Youghal meeting the criteria.
Cllr Noel Collins agreed with his colleague, he said rental hikes have hit East Cork tenants hard with landlords raising rents disproportionately to income rises.
“If implemented pressure zones would help ease the pain and hardship inflicted by the racketeers and vultures on those least able to bare it” commented the Independent Cllr.
While independent Cllr Mary Linehan Foley stated “Youghal is definitely creeping up on Midleton if it’s not up with Midleton at the moment”
The Youghal based Cllr suggested the Authority’s Housing Special Purposes Unit also request the review to add more weight to their cause.
Under the 2016 residential tenancies act the Residential Tenancies Board (RTB) was tasked with reviewing the rental market in key counties nationally.
The RTB guidelines state that Municipal Districts can be designated rental pressure zones if the annual rate of rent inflation in the area is 7% or more in four of the last six quarters.
Also, the average rent for tenancies registered in the area with the RTB is above the national average in the last quarter.
Cork County has four designated zones Cork City, Ballincollig, Cobh and Carrigaline.
Last December Cobh Municipality wrote to the then Minister of Housing Simon Coveney requesting that the pressure zone for Cork City would be extended to the metropolitan area of the Cobh / Glanmire Municipal District.
In March this year Cobh town was added to the rental pressure zones following the district’s request.

Ballymacoda Community Gather ‘Round the Fire’