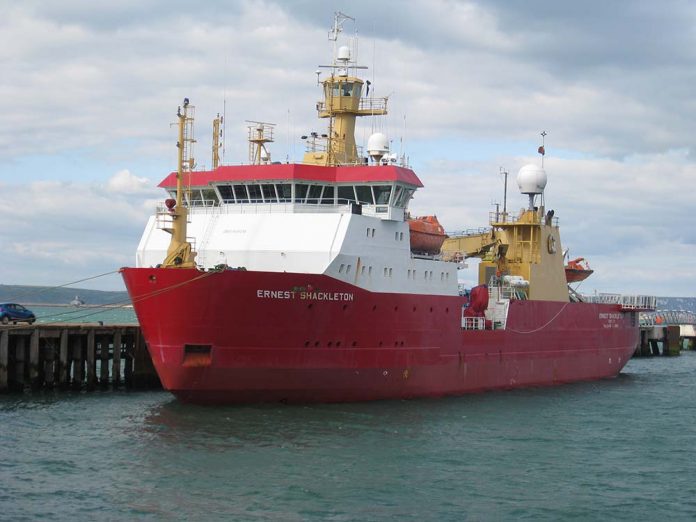 The State owned Energy Company EirGrid is to carry out a feasibility study into a subsea interconnector between Ireland and France (the Celtic Interconnector).

Two separate marine cable routes will be surveyed in the coming weeks, with landfall at Ballywilling strand Redbarn Beach and Claycastle Beach.
The studies follow similar studies carried out by the company in 2014 and 2015 at other East Cork locations.
Two separate research vessels will carry out the studies within Irish waters, the Severn Guardian (inshore) and the Kommandor (off shore).
The inshore study will begin on 20 September, with the off shore study taking place from the 15th October.
Near shore operations will take place on a 12 hour basis with the off shore study taking place around the clock.

It’s believed the survey will be carried out within some designated shell fish zones, however disruption to potting areas will be kept at a minimum.
The company say the local fishing community will be consulted with, throughout the survey period.

The geotechnical and environmental survey works will be carried out over a 10 day period, subject to weather conditions.

This latest survey forms part of a €1 billion project designed to trade electricity between Ireland and France in an effort to access cheaper electricity in Mainland Europe.

The East Cork Journal believes that if either of these routes prove viable we would see power being transferred to Knockraha and underwater from there to La Martyre Brittany North West France.

Due to the very early stage of the project no decision has been made in relation to grid connection points or the use of overhead line or underground cable on land.

The EU has a goal of reducing its greenhouse gasses and increase its consumption of renewable energy by 20%.

Renewable sources include wind, solar, hydro-electric and tidal power as well as geothermal energy and biomass.

Increased use of renewable energy will enable the EU to cut its greenhouse emissions and make it less dependent on imported energy.
Last month the Port of Cork laid the foundation stone for the state’s first liquefied natural gas (LNG) terminal in the state.
The joint venture between Texan LNG development company Next-Decade and Flex LNG will have the capacity to fuel the entire country for 14 days.
The scheme projected to be operational by 2019 is expected to help drive down the cost of generating electricity here.

Next-Decade are at present in discussions with other European LNG companies to enter into long term purchase contracts to supply gas to Cork Harbour.
With the development of a Celtic interconnector both projects could help Brexit proof Ireland and other EU Countries.