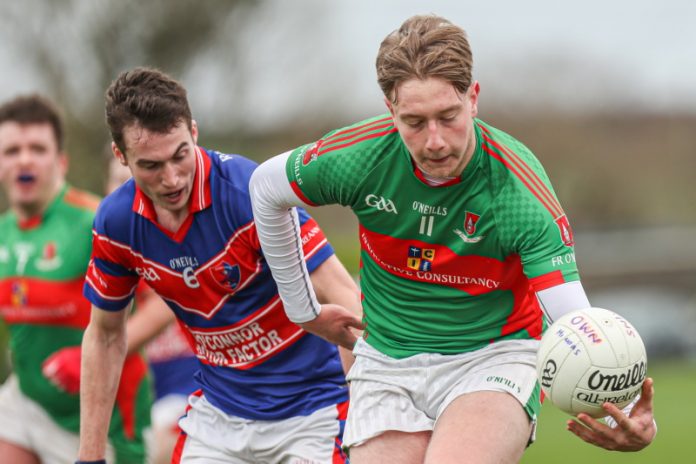 Four goals, one in the opening half, playing with a very strong wind, and three in the second half told its own story at a well prepared Caherlag venue on Saturday evening last where the hosts had an easy victory over Fr. O’ Neill’s in Group 2 of the East Cork Under-21 ‘B’ Football Championship.
The opening goal came from Conor Linehan on the eight minute as Erins Own tried to dominate but excellent play from O’ Neill’s Jason Hankard, who got all but two points of his sides scores, Ciaran Cullinane at centre back and the tireless John Millerick in the middle of the field kept the visitors in the game up to half time when there was only two points separating the sides, 1-4 to 0-5.
Erins Own seemed to enjoy playing into the wind rather than playing with it as they assumed control of the game with their running game culminating in a brace of goals two minutes apart to kill off the O; Neill’s challenge. The second goal from Cathal Linehan as he slipped past the O’ Neill’s defence on the 41st minute and the third from the foot of Sean O’Driscoll two minutes later put the score 3-8 to 0-7. O’ Neill’s did try with Hankard kicking two points but the game had gone beyond O’ Neill’s as Erins Own look forward to their game with Glenville this weekend. 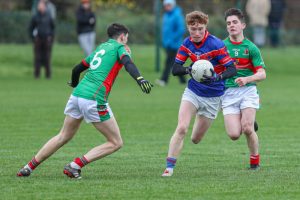