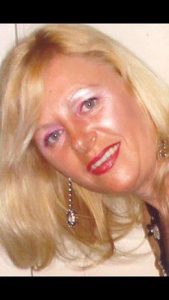 The husband of Tina Satchwell who went missing from her home in Youghal more than three months ago has made an emotional appeal for her return.
The 45 year old went missing from her home on Grattan Street on the 20 March without a trace.
Her family say her disappearance was out of character.
Tina’s husband Richard appeared on Crime Call on Monday 26 June pleading for his wife to come home.
“I gave her a peck on the cheek and said I’ll see you in a few hours. The last thing I said to her, a couple of hours and now it’s now three months.”
Mr Satchwell said he had gone to Aldi in Dungarvan to pick up some food and on his return had expected to see his wife in the front room with their pets.
Their pet’s ruby and Heidi were alone in the house. Mr Satchwell assumed his wife had gone for a walk on her own.
Tina’s aunt Margaret Maher said it was out of character for her to go anywhere on her own.
All the family have been contacted and nobody in the family has seen or heard from her.
Originally from Fermoy Mrs Satchwell has shoulder length blonde hair and blue eyes. She is described as being 5ft 6in in height and of medium build.
Earlier this month Gardai searched a house in the Youghal area as part of their ongoing investigations.
Anyone with information can contact Midleton Gardai on 021-4621550 or the Garda Confidential Line on 1800666111 or any Garda station.

Youghal Earmarked for One of Ireland’s First Solar Farms