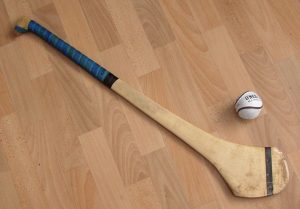 Carrigtwohill Camogie holds its first Dominic Rooney Memorial Tournament this Sunday, 15 October.
The tournament, held in memory of Dominic Rooney, the local father-of-four who unexpectedly passed away last year, will be held at Carrigtwohill GAA pitch with the first match scheduled for 11am.
“We have played in an Under-12 League,” said Lorraine O’Connell, Chairperson of Carrigtwohill Camogie Club, “that was divided into three groups of four for each area, so every team gets to play in a semi-final. Our tournament includes Aghada, Castlelyons and Dungourney. But there is an open invitation to anyone. If they are not involved in the matches, they can still come along and have cup of tea and a sandwich afterwards. There will be refreshments and goodies for everyone. Everyone is welcome to come and have a chat.”
Carrigtwohill will take on Dungourney and Aghada will face off against Castlelyons in concurrent semi-finals scheduled for an 11am throw in. The final will be played by the winners at 12.30pm, with the third place playoff occurring simultaneously.
After the final the trophy will be presented to the winning team by Dominic’s family, specifically his wife Margaret and their four sons David, Adam, Cillian and Eoin. There will also be an award for the player of the tournament and each player will receive a commemorative medal.
“It has snowballed into something bigger than we thought,” said Ms O’Connell. “This is the inaugural event, but every club in Cork wanted to be involved in it. But we had to narrow it down. But this will be the first of an annual event. We want to build this up, year on year.”
Dominic Rooney was a father of four who unexpectedly passed away at the age of 46 while officiating a camogie game between Douglas and Brian Dillons at the beginning of October last year. Mr Rooney, a Sergeant with the Engineering Corps of the Defence Forces, lived in the Carrigtwohill area with his family and originally hailed from Kildare.
“We would like to say thanks to everybody for supporting this,” said Ms O’Connell, “especially the refs. PJ Ahern, our club ref, got on to the rest of the referees and they all did a lot of work in the background with the programmes and sorting out umpires, linemen and so on. They all waved their fees on the day, which is a nice touch from them for Dominic.”

Ironman Weekend – Plan Your Journey and Allow for Extra Time

Bessborough Born Councillorr Says Its Sale Should Be Dealt With Sensitively