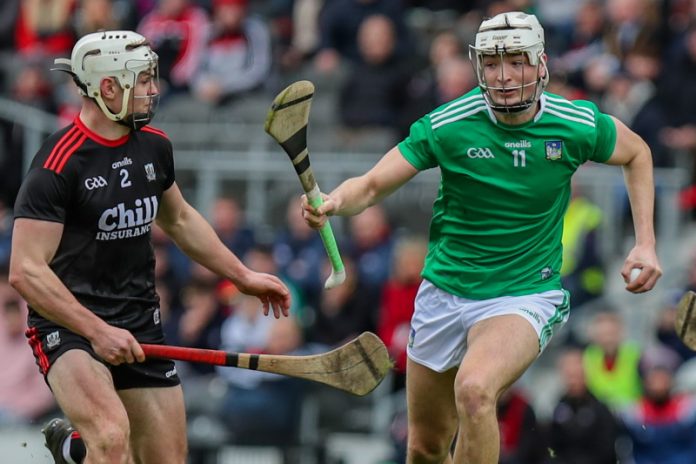 Allianz Hurling League Round 4
Cork 2-21 Limerick 0-29
Cork fielded a pretty strong side for the visit of holders Limerick in round 4 of the Allianz League, played in Pairc Uí Chaoimh last Sunday afternoon. Mark Coleman, Robbie O’Flynn, Robert Downey, Darragh Fitzgibbon and Shane Kingston from the successful UCC team all returned to the side while Patrick Collins and Eoin Cadogan retain their places. With both sides set to meet again at the same venue on May 10th in the championship, this was very much a trial run in many respects with two strong teams on duty.
Wearing their new commemorative strip Cork hoped to begin well but instead it was the visitors who started the better with Cian Lynch and Aaron Gillane flashing over early points. Cork did reply with two points from the stick of Patrick Horgan, but Limerick forged clear again with Seamus Flanagan and Gillane on target. Shane Kingston then had Cork’s opening point from play before Horgan had the sides level again from another free. Gradually however Limerick began to find a flow and points from Cian Lynch, Flanagan, Gillane and William O’Donoghue had doubled Limerick’s lead to four points.
Limerick wing-back Paddy O’Loughlin came forward to score another point while Cork were glad of another brace from Horgan as they trailed by 0-10 to 0-6 after the opening quarter. Limerick continued to power forward and points from David Dempsey and Darragh O’Donovan extended the lead. Declan Dalton cut over a badly needed point from a side-line for Cork while Patrick Horgan also converted a free. Still it was the visitors that looked the better side with O’Loughlin getting another from play before four points from the stick of Aaron Gillane saw Limerick go to the interval leading by 0-17 to 0-11 with seven different scorers contributing to their total.
In the second half, Cork certainly made a game of it with Horgan continuing to lead the way. However, it was a cracking goal from Shane Kingston that got Cork into top gear with Horgan chipping in with three further points before a second goal from Aidan Walsh had Cork in front 2-18 to 0-21. Limerick were undaunted with Aaron Gillane continuing to contribute from free’s while the Limerick bench were also used to good effect by John Kiely. Tom Morrissey was very strong while Kyle Hayes finished strongly as Limerick saw out the extra few minutes with Gillane converting two late free’s after the sides were level on seven occasions. It was a first win on Leeside for Limerick since 2001 and now all eyes will be on the championship fixture to come on May 10th.
Cork: P Horgan 0-17, S Kingston 1-1, A Walsh 1-0, D Dalton 0-2 and B Cooper 0-1.
Limerick: A Gillane 0-14, S Flanagan 0-2, P O’Loughlin 0-2, C Lynch O-2, K Hayes 0-2, D O’Donovan 0-2, D Dempsey, G Hegarty, D O’Donovan, T Morrissey and W O’Donoghue 0-1 each.
Cork: Patrick Collins, Sean O’Leary-Hayes, Eoin Cadogan, Colm Spillane, Tom O’Mahony, Bill Cooper, Robert Downey, Mark Coleman, Luke Meade, Robbie O’Flynn, Seamus Harnedy, Darragh Fitzgibbon, Declan Dalton, Shane Kingston and Patrick Horgan. Subs used Aidan Walsh for L Meade ht, C Lehane for D Dalton 55m, C Joyce for T O’Mahony 65m and C Calahane for R O’Flynn 68m.
Limerick: Nicky Quaid, Sean Finn, Mike Casey, Aaron Costello, Diarmuid Byrnes, Declan Hannon, Paddy O’Loughlin, Cian Lynch, William O’Donoghue, Gearoid Hegarty, Kyle Hayes, Darragh O’Donovan, Aaron Gillane, Seamus Flanagan and David Dempsey. Subs used Tom Morrissey for G Hegarty 55m, Grahame Mulcahy for D Dempsey 55m, David Reidy for C Lynch 60m, Barry Nash for P O’Loughlin 63m and Paul O’Connell for S Flanagan.
Referee: Sean Cleere (Kilkenny)
With Waterford defeating Galway 0-17 to 0-16, Cork will now need to win in Galway to make the quarter finals as Limerick will have four wins if they manage to defeat Westmeath. Waterford travel to take on Tipperary and also have a trip to Limerick as well in their last two games with both opponents of the Deise in the championship as they face Tipperary in Walsh Park before meeting Limerick in the Gaelic Grounds a week later so it is all still to play for in the League with the prospect of a mouth watering championship as well. 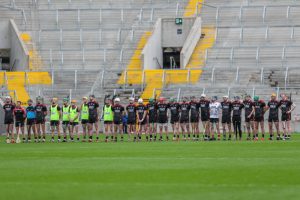 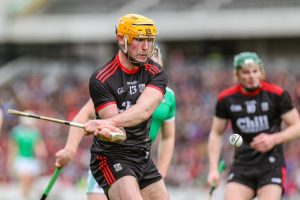 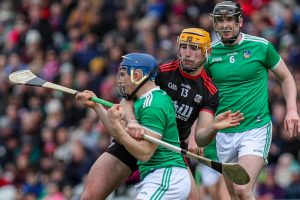 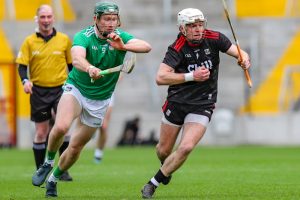 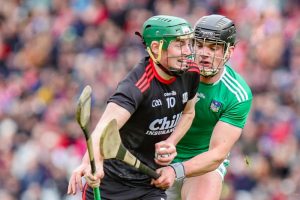 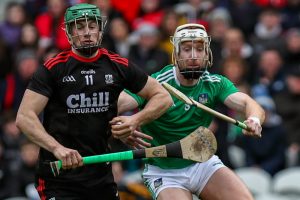 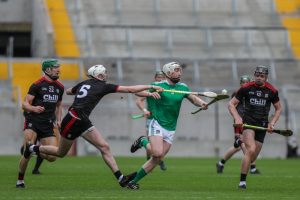 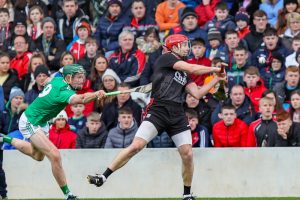