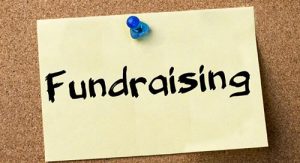 Youghal4All's fundraising campaign for the Moby Dick Sculpture has started well, following a great night at the Walter Raleigh Hotel with Gina and the Champions.
A large donation of €1,000 was received from the Friendly Sons of St. Patrick in New Bedford towards the cost of the project. Youghal is twinned with New Bedford through their strong Moby Dick connection, and the town was chosen as a location for the film Moby Dick because of its similarity to New Bedford in the 1850's.
A number of other donations ranging from €10 to €100 have also been received. Donation buckets are currently placed at the following locations in Youghal: Hennessy's Bar, Doyle's Takeaway, Moby Dick's Bar, Sean Twomey Butchers, The Butcher's Court and Flowers by Kay. The buckets will be rotated on an ongoing basis to give more businesses an opportunity to take part in the fundraising efforts.
If any business, organisation or individual would like to make a donation please contact a member of the committee, or ring Helen at 083 3732221 or Sandra at 083 8904425.

Matthew Thompson was awarded the contract for the Sculpture, which will be made from Kilkenny Limestone, following a tendering process. The overall cost of the project is expected to cost €35,000 and will commence later this year.

East Cork Businesses To Be Hit With Charges For Street Advertising

A Ghostly Experience at Tyntes Castle in Youghal