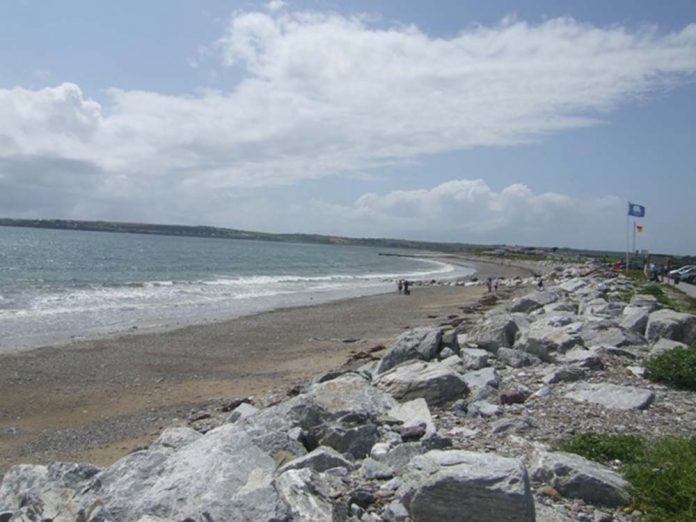 A popular bathing area in East Cork could be closed to swimmers next year due to poor water quality.
The November sitting of the Southern Committee of Cork County Council heard that Garryvoe Beach could be off limits next season.
Human waste which is being pumped directly into the ocean is being blamed for a possible all-out ban on swimming in 2018.
Garryvoe is one of East Cork’s seaside villages that do not have a wastewater treatment plant and a solution maybe a long time off.
Kevin Morey acting County Engineer told the sitting the beach is under threat of a notice despite a significant investment in the areas public toilet.
However he said “there has been a lot of pressure from the environmental side to drive on works in Garryvoe.”
According to the Environmental Protection Agency (EPA), improvements to Ireland’s Wastewater Treatment infrastructure is falling way behind the EPA’s expectations.
Irish Water state they are committed to having all contaminated sites treated by 2021.
The Garryvoe Wastewater Treatment Plant has been selected by the water utility to be included in a pilot programme to examine and address historical issues with smaller wastewater treatment plants around the country. This is one of 16 plants included in the trial scheme.
In a statement the utility said “as part of this programme, a project team has been appointed to assess the condition and performance of the plant and make recommendations on whether it could be improved by process optimisation or if upgrades are required. For the pilot sites, it is intended that detailed design work will then take place based on these recommendations after which it will be considered for capital investment.”
Changes to the Blue Flag Water Quality criteria along with agricultural pressures on the land, and raw sewage being pumped into the sea water, resulted in Garryvoe losing its Blue Flag beach over the years.
At present the public toilets at Garryvoe strand are undergoing a €70,000 makeover ahead of the 2018 bathing season.
Although the upgrade does not include a change to the facility’s waste disposal system.
Waste from the public toilet is pumped into the waters where the public are under threat by all kinds of pollution.
Fine Gael Cllr Michael Hegarty said Irish Water should be encouraged to take Lane Developments Trá Geal scheme in charge which would alleviate the problem.
“There is a sizeable waste water treatment facility that is more than capable of dealing with the current situation in Garryvoe and future growth” he said.
An Irish Water spokesperson said “in allocating funding for capital investment, Irish Water must prioritise investment decisions to ensure that it utilises available funding most effectively by making investments that deliver the biggest environmental and social benefits while maximising value-for-money.”