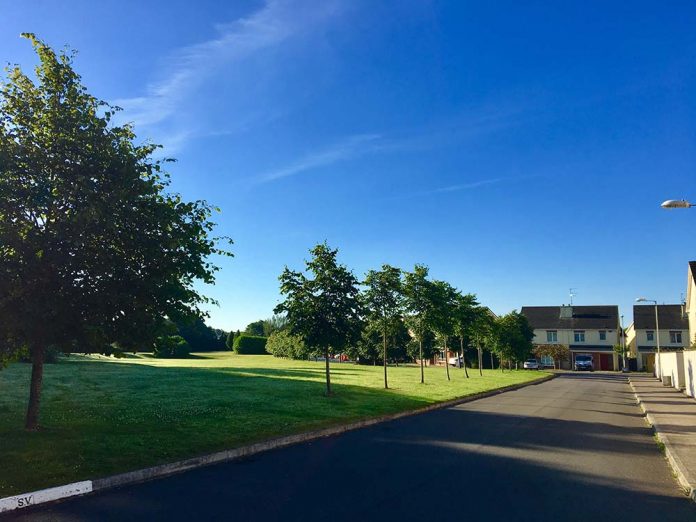 The question of who owns common green areas in housing estates has raised more questions than answers.
Earlier this week Cllr Seamus McGrath requested clarification on the legal ownership of open green areas in estates that have been taken in charge by the local authority.
The Fianna Fail Cllr had requested the legal interpretation as it seemed in most cases the ownership remained with the landowner/ developer.
Cllr McGrath said he had brought the motion after planning had been sought for the development of an estate’s common area in his constituency.
Under national guidelines 14% of an estate must have a public open space.
However authority say there is uncertainty over who owns shared areas in many of the county’s estates.
Historically when an estate is taken in charge the local authority in association with Irish Water take over responsibility for sewage, water, lighting, roads and footpaths within the development.
In a report to council the authority’s Senior Planner John O’Neill said public green areas were not part of the taking in charge process and it is possible that the title of common lands may be transferred to third parties.
In practice he said “any potential purchaser would presumably carry out due diligence to ensure that the lands under purchase can be developed.”
Under the 2000 Planning and Development Act, any areas defined as open space cannot be altered without the benefit of planning permission.
“Any attempt to privatise public open spaces would be the subject of enforcement proceedings, once the matter has been brought to the attention of the planning Authority” concluded Mr O’Neill.
Fianna Fail Cllr Frank O’Flynn who backed Cllr McGrath’s motion said “the house is the biggest investment a family will ever make in their life. It will come as a major surprise to many families the green area or public area does not involve taking in charge.”
Fine Gael Cllr John O’Sullivan said the issue posed a real concern for many home owners.
“This is nothing only a bombshell for people living in estates and it also owns a very serious and marked question for the legal profession.” “The protection the legal profession negotiate into the sale contract of the house will have a very big bearing on the rights away and the rights of ownership and access to green areas.”
Fianna Fail Cllr Deirdre O’Brien said it was important that the legal argument over ownership of green areas needs to be clarified. She said with the current demand for housing there was a potential for the rededication of open-space.
While Cllr Marcia Dalton said if a developer still owns a green area then it would be expected that they would have a liability to maintain it. She said in many cases it’s the residents who have assumed that responsibility.
Deputy Chief Executive of Cork County Council Declan Daly said “for the past few months it has been the requirement the common land would transfer to Cork County Council when an estate has been taken in charge.
Prior to the changes in policy he said if a developer seeks planning permission the decision to grant the application rests with the authority’s senior executive who would review it.

Youghal Chamber Seek your Say on Plans for Midleton to Youghal...

Traffic Chaos in Ballycotton to be Reviewed