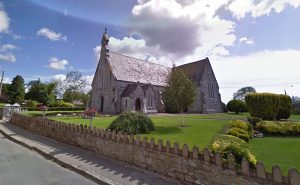 An East Cork parish priest has said suicide among members of the priesthood is on the increase.
Fr Tim Hazelwood a member of the Association of Catholic priests who represents over 1,000 clerics told C103’s Cork Today show, 9 priests have taken their own lives in the past 10 years.
The Killeagh parish Priest told Patricia Messenger the depression among overworked clerics are taking their toll with more priests.
He said many elderly priests are suffering in silence with levels of despair on the increase due to a greater than before work load, isolation and loneliness.
“The reality is priests represent life we are the same as everyone else. Some of us have mental health problems and some have addiction problems and some have lots and lots of problems. But there is an added stress that’s projected onto us and that’s that you are supposed to be alright all the time and we are not.”
With the majority of Catholic priests over 70 with many more working in their 80s and 90s Fr Tim says its high time the Catholic Hierarchy embrace change to reflect the new realities of the ministry.
Fr Hazelwood said his group who represent one third of catholic priests has attempted to engage with the leadership in the Irish church.
Last year the group met with the Bishops but Fr Tim said they were advised there was a mechanism already in place to deal with priests concerns.
However the Killeagh based priest said the “mechanism” was controlled and real concerns were not being met.

Plan for Major Development in the Midleton and Carrigtwohill areas goes...

County Council Warms Up to Camper Van Site in Youghal

Cork County Council Pay Out Hundreds of Thousands to Motorists for...