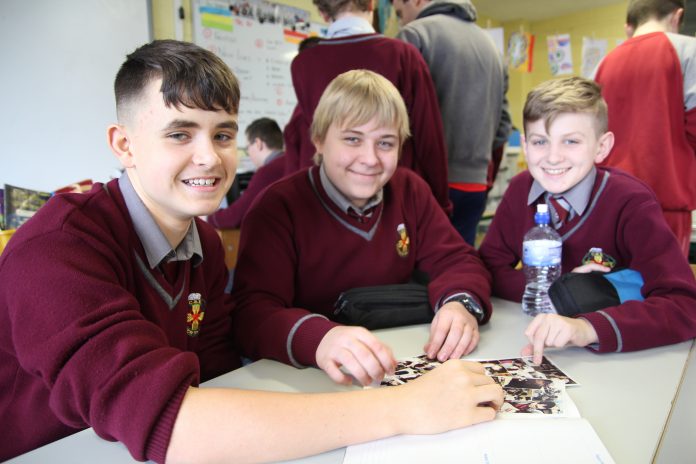 Sixty Midleton CBS Boy Primary School students are gearing up to compete in the Munster final of Vex IQ Robotics at the Cork Institute of Technology (CIT) on Wednesday 23 January.

Vex IQ Robotics is a programme designed to increase student interest and involvement in Science, Technology, Engineering and Mathematics.

The programme, sponsored by DELL Ireland, sees students build their own Robot from scratch, and compete against each other to discover the fastest.

Midleton CBS 6th Class teacher, Eoin Richards, said the students are “getting excited.  A general consensus among the students is that the best part of the Robotics is the “camaraderie” that comes with it, and the actual competition”.

Built from scratch the students must have an Engineering note book to keep a record of everything they have done from the beginning of the Project, including design photos and reports.

The 2019 theme is Turning Point which is played on a 12 foot by 12 foot field by two teams of two players, one Red team and one Blue.

The object of the game is to achieve a higher score than the opposing team by competing for caps, balls and flags in your colour.

The students will compete in two teams for an opportunity to represent the region at the National finals in CIT on Thursday 14 February.

Each team will compete in matches consisting of a 15 second autonomous period followed by a one minute, forty five second driver controlled period.

The Robots toggle flags using balls in the field, park on platforms and collect Red and Blue caps.

This is third year that the Midleton National School are competing in the Robotics competition.

In 2017 the pupils won the National award for best design, and last year were placed fourth in Munster.

The overall winner will represent Ireland at the global event to be held in Louisville, Kentucky later this year.

Youghal Chamber Seek your Say on Plans for Midleton to Youghal...

Table Quiz this Friday in Aid of Cobh Rescue Horses

Coming Up Trumps for Youghal RNLI