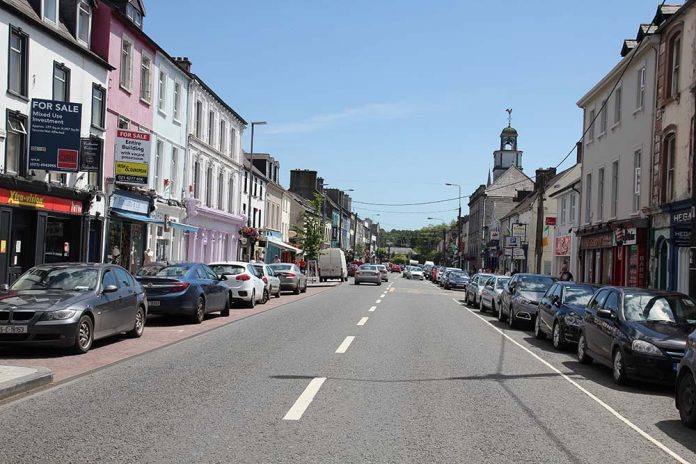 Midleton town who has become the envy of motorists throughout East Cork when it scrapped its traffic wardens over three years ago is to welcome them back.
Many had celebrated when the town scrapped its two traffic wardens in 2014, but the taste of freedom turned sour as small businesses began to feel the squeeze, with parking spaces frequently occupied during the day by some business owners and their employees.
As a result of a government recruitment embargos the district was unable to refill the positions.
From this September Cork County Council say they will employ an additional traffic warden to cover both the East Cork and Cobh Municipal districts.
The extra traffic enforcement resource will provide cover for the existing traffic wardens in Cobh and Youghal while also maintaining a presence in Midleton.
They will also cover annual leave and the enforcement of Camper Van bye-laws in Cobh.
In both Cobh and Youghal the traffic wardens cover five out of six days.
Like previous wardens the new recruit will be able to issue penalty charge notices to vehicles that are illegally parked as well as on the spot litter fines.
Fergus McCarthy of McCarthy’s News Agents said he welcomed the news.
He told the East Cork Journal “the main street traders have in the past had to fight hard to maintain out free parking status.”
“Free parking is a great asset for the town if respected, if it’s not respected then it’s a burden. With a traffic warden doing their job right the system will work.”
Meanwhile a Midleton and Area Chamber of Commerce study has revealed on average customer’s park for 20 minutes on Main Street. By occupying a Main Street parking spot for seven to eight hours at a time, the business body say you are preventing 24 customers from shopping.