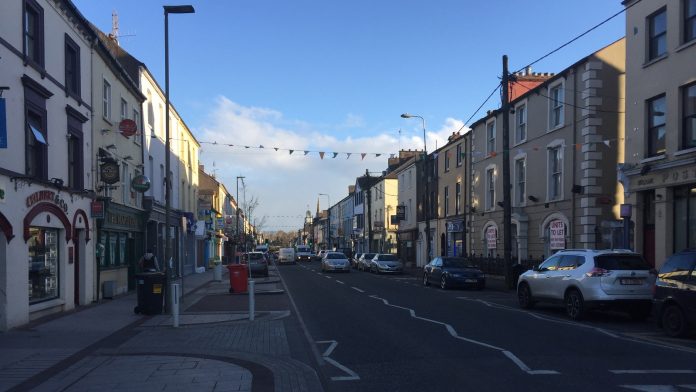 East Cork Fine Gael Cllr Susan McCarthy says Midleton traders are rapidly losing patience with Cork County Council after the Town Enhancement Programme has been stalled yet again.
Redevelopment of the town centre was due to commence next month, but the Local Authority has delayed the works for the foreseeable future.
Initially, the scheme was due to go to tender in January 2020 last, with works to commence in the middle of April.
It’s understood that, following a review of the tender documents by the Council Technical Team, it was felt that further detail is required, mainly in the paperwork for the Programme of Works as well as the full cost.
No new date has been set for the commencement of the scheme.
Cllr McCarthy said she was extremely “disappointed” that the project has been delayed yet again.
“We have been pushing to get this across the line for so many years now. Other towns have come and gone with theirs and we are still waiting even though there is money ring-fenced. It’s nonsensical.”
In 2014 the former Town Council had set aside €2.3 million for the enhancement of the Midleton Main Street, re-altering the balance between motorists and pedestrians.
Phase One was completed on the North Eastern end of the town. However, due to a recruitment embargo, alterations to Phase Two of the scheme had to be shelved.
The public was not consulted on the latest Programme of Works, as the public consultation stage for the scheme was finalised in 2013 by the former Midleton Town Council.