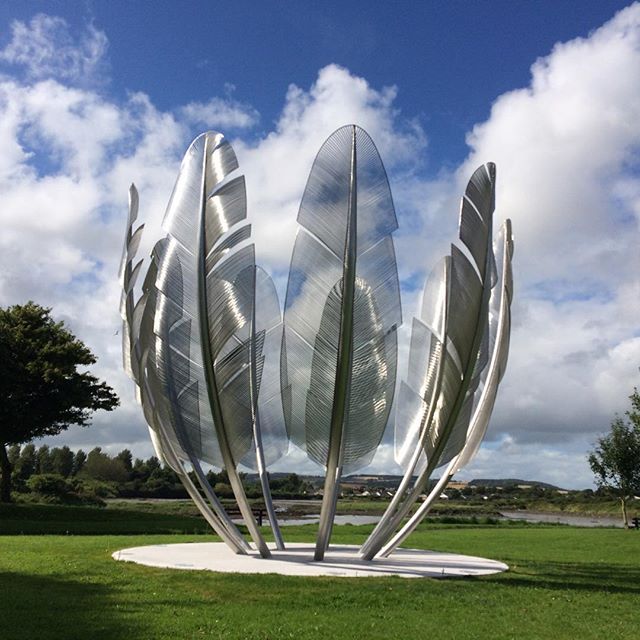 This year marks the 170th anniversary of a gift of aid by the Choctaw Nation to the Irish people during the famine years.
In recent years a number of Irish towns and villages began paying tribute to their great deed, recognising the great empathy shown to the Irish people.
Midleton town erected their own tribute in 2014 a stainless steel bowl made of eagle feathers, which is in situ at Bailick Park.
Later this month the East Cork Municipality will officially dedicate the structure in association with Gaelscoil Mhainistir Na Corann.
The ceremony will take place on Sunday 18 June at 2:00pm and will be attended by Mayor of Cork County Fianna Fail Cllr Seamus McGrath and Deputy Chief Executive of the County Council Declan Daly.
1n 1847, 16-years after they faced hunger and death on what became known as the trail of tears, the Choctaw nation sent $170 to help in the famine relief effort.
The equivalent of $100,000 in today’s money. They showed extreme generosity considering in 1831 the Choctaw Indians were forcible removed from their lands by the white man and relocated to what is now Oklahoma.
The Choctaw were just one of several tribes to be removed from their ancestral home along the banks of the Mississippi.
Local historian Tony Harpur said the monument has invigorated a new interest in our history among US tourists.
Mr Harpur said last season a bus of tourists from Oklahoma had paid a visit to the area wanting to learn more of the Irish connection.
He said “more should be made of the Irish trail of tears linking the monument to the local famine graves.”