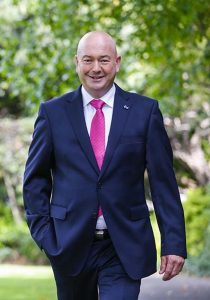 Deputy O’Keeffe commented, “As it stands commercial rates are a huge expense for Childcare service providers which in turn force up the cost of childcare for families. It has also resulted in the closure of many childcare providers. Educational and public institutions are exempt from this commercial rate, so I don’t see why buildings and land used exclusively by registered childcare service providers shouldn’t also be excluded. Childcare is such an important service within our communities not only providing quality childcare but also supporting parents in participating in the workforce.”

O’Keeffe continued “As legislators, it is our job to work towards achieving an outcome that will benefit the citizens of our country. The introduction of this Bill we greatly benefit families and childcare service providers in Ireland and needs to be fully supported to final stage”.

The Bill has completed Dáil first stage and is currently before Dail Eireann second stage where the general principles of the bill are debated.

Cobh’s Hendrick Verwey Finalist for Volunteer of the Year