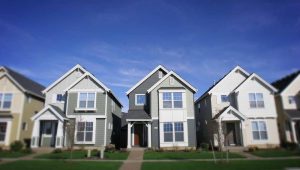 Just 20 mortgages have been issued by Cork County Council in the past three years under a government backed Local Authority Loans scheme.
The low number of loans has prompted Councillors to write to the Minister for housing Eoughan Murphy to review the policy.
Despite the Central Bank issuing new rules to mortgage lenders, where first time buyers must have a 10% deposit on a property value not exceeding €220,000 and 20% for houses priced higher, the rules do not apply to local authorities.
Under the local authority scheme people who are unable to obtain a mortgage from a bank or building society can apply to their local authority for a housing loan of up to 97% of the price of a property.
Applicants must have a deposit of 3% as well as a credible savings record, have good credit standing and provide evidence that they have been refused by two mainstream banks.
Interest on the loan is set at 2.3% and is repayable over 30 years.
The primary earner must have a minimum of 2 years continuous employment with the second applicant having at least 1 year employment.
While Central Bank lending rules do not apply to a local authority only 48 loans had been offered by Cork County Council over the past three years with just 20 loans drawn down.
Many Cllrs claimed applicants had been refused as they were placed on short term contracts which have rolled over continually for a number of years.
In 2015, 14 loan offers were made yet 6 applicants drew down their loan. In 2016 17 offers were made only 8 accepting the offer. Whereas this year, 17 offers were made up to the 18 October with 6 accepting.
The information was provided to Fianna Fail Cllr Seamus McGrath who is calling for a total revamp of the scheme to reflect the changing nature of employment.
Questions raised by Cllrs as to why so few mortgages were approved went unanswered as did the number of applicants.
Cllr McGrath who received the full backing of Council said there are some positives to the scheme but many people are being caught on their tenure of employment.
He said It was time the process was modernise and take regard of the present day reality that people are working to contract as permanency is a thing of the past for much of the population.
Fine Gael Cllr Anthony Barry agreed he said the income bands for the scheme need to be reviewed also as property prices in Metropolitan Cork are at a premium.
While independent Cllr Marcia Dalton said she would like to see RAS and HAP tenants residing in properties that have gone into receivership allowed an opportunity to purchase the unit.
She said she had “seen many people who were in a property that was taken into receivership, receive an eviction notice for a house they could actually buy and could with a little help from a scheme like this.”
Deputy Chief Executive Declan Daly said there was a need to make the scheme more achievable for people to purchase their own home. However changes were required at government level.
How To Qualify For A Local Authority Housing Loan
Single applicants must not be earning greater than €50,000 per annum. The combined income of joint applicants must not be greater than €75,000 per annum.
Minimum income guidelines – single applicant €25,000 per annum. Joint applicant €35,000 per annum.
Interest rate is 2.3% payable over 30 years.
Open to first time buyers only.
Maximum amount of loan €200,000