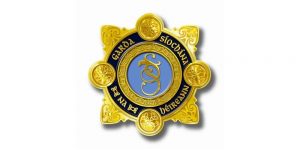 Garda management have promised Glanmire will receive “its fair share” of resources to tackle crime.
Chief Superintendent Barry McPolin said he plans to increase the force in the village, once the new garda station is completed next year.
The Senior Garda made the comment as crime statistics for Cork County are at almost a 3 year high.
Property crime and crimes against the person have all increased over the three month period August to October when compared to the same period last year.
All 3 Garda divisions in Cork recorded 1,734 property crimes up from 1345 in 2016 for the period and 622 crimes against the person up from 489.
The new premises located in the Sallybrook industrial estate is estimated to cost in the region of €3 million to bring up to current policing standards.
Ongoing legal issues between the Office of Public Works (OPW) and the land owner had led to the delay in providing a station for the area, which have now been resolved.
The OPW say a contractor for the project will be identified shortly “subject to the necessary approvals being received, it is anticipated that construction works will commence early in the New Year and be completed by the end of 2018.”
Gardaí in the area have been operating from an old RIC Barracks located in the village for almost 100 years.
They say the current facility is confined overcrowded, with no suitable interview room and has insufficient parking facilities.
Superintendent McPolin said he has asked the policing authority for additional frontline police to replace those who have either been transferred, promoted or retired across all 4 City divisions.
He said while there are real challenges in replacing officers amid a significant outflow of resources, priority is being given to patrol cars, to police vulnerable areas.
Mr McPolin was responding to criticism that Glanmire is left to the mercy of Mayfield and Anglesea Street stations for back up when the village station is unmanned, leading to fears the force are not in a position to properly deal with issues or calls.
“There are demands on resources throughout the city and for various reasons you have the specialised units which absorb personnel from the mainstream to fill those slots.”
“You have members of the force who have retired, members who have transferred and promoted so that has an impact on resources on the ground.”
“When it comes to an allocation policy, accommodation in Glanmire as we speak wouldn’t be suitable, so we patrol it.”
“However in line with the plans to establish a new station Glanmire will be receiving its fair share of resources in due course.”
Madge Fogarty vice-Chairwoman of the Glanmire and Area Community Council said the Glanmire area has seen a spike in home robberies in the past few months.
The Vice Chair said the increase could not come soon enough stating she believed the new station would not be in place until at least 2020.
Last week Mayfield Garda station received 5 probational Gardaí from the Garda College with an additional 5 given to Togher and Gurranabraher over the summer period.
Last month the government announced 800 new frontline police are to hit the beat next year under a €63million package to help protect communities. This boost is on top of an additional 500 civilian positions to help free up more Gardaí to help fight crime.