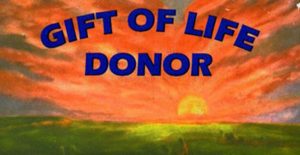 The government have launched a public consultation period on a proposed new organ donation opt-out system.
This follows the approval last month of the Human Tissue Bill which sets out a general frame work for the new scheme.
Under the programme a person would be presumed an automatic organ donor unless they choose to opt out.
By introducing the legislation Ireland will be aligning itself with other European countries.
In states which have introduced the controversial law there was a large increase in donor organs.
Germany who have an opt in system have an organ donation consent rate of 12%, where Austria who have a similar economy operate the opt out system have a consent rate of 99.98%.
In 2015, 266 people were given the gift of life in Ireland with over 600 patients awaiting organ transplantation. Last year 280 transplants were carried out here with a further 181 operations taken place so far this year.
While many donor organisations welcome the legislation they feel it will do very little to increase the numbers of patients receiving donor organs.
The Irish Kidney Association state that despite some countries having the opt out law, medical practitioners will always favour the wishes of the next of kin.
They say what is much more important is making people aware to carry a donor card.
Spain, which operates a presumed consent law, has one of the highest organ donation rates in the world with 36 donors per million. The Irish Kidney Association say the reason for the high success rate in donor organs was a direct result of Transplant Co-ordinators, which are placed in the Country’s intensive care units.
Currently Ireland have six Transplant- Ambassadors operating nationally, helping to identify suitable organ donors. No review has taken place as to the success of the co-ordination team.
Charlie Ryan from Cobh who received a liver transplant in 2007 says improvements need to be made to the current system rather than changing the law.
Mr Ryan said he would like familes to be given the final say on whether a loved one’s organs can be taken.
He said “the government should be looking at increasing transplant staff levels and think about making changes after that if they want.”
The Government’s consultation questionnaire is available online at http://health.gov.ie/consultations and the closing date for submissions is 09 October 2017.
For organ donor cards visit www.IKA.ie or free text DONO to 50050.

Development of 2,500 Homes near Midleton at Risk Due to Inadequate...