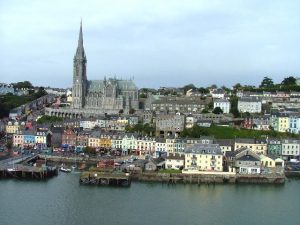 Opposition is mounting to the redevelopment of Cobh’s Heart Break pier, the departure point for generations of emigrants.

Criticism stems from worries that the historic landmark, which pays tribute to the 1 million Irish who emigrated from it,is not being preserved in a fitting manner.   The structure, located at the rear of the White Star Line which houses the Titanic Experience,  was also the departure point for 123 passengers who boarded the ill-fated Titanic.

The €500,000 restoration project is a joint effort between Gillen Joyce from the Titanic Experience, Cork County Council and the Port of Cork.

It’s expected the new development will deliver an extra 25,000 visitors annually, leading to fears that the structure will dominate the promenade skyline and will detract from the White Star Pier.

Mr Joyce purchased the decaying pier from Cork County Council in 2014, and stabilisation works on the jetty commenced in 2016, protecting it from further deterioration.

Now, Phase Two of the Plan is set to see the construction of a contemporary walkway over the pier structure to provide a viewing point for visitors.

Under the plan it is envisaged that the publicly owned Promenade would be the access point for visitors to Cobh’s new tourist attract.

Initial plans provided for a sail type canopy in the design but, following local opposition, revised plans were lodged with Cork County Council.

Support has come from local tourist businesses such as Fota Wildlife Park and Fota Adventure.

However, a number of submissions including Cobh Tourism and The Great Island Historic Preservation group had argued that the sails would “radically alter” the view of the historic front of Cobh, especially from the sea.

They also argued that the contemporary structure over the original pier would detract from the iconic FR Brown photograph of passengers awaiting the tender to bring them to the Titanic, would lose its place in the streetscape of Cobh.

Belinda Shaw from the Great Island Historic Preservation Group says her Group continues to oppose the plans on two grounds.

Speaking with The East Cork Journal Ms Shaw said that, while the sails have been removed from the plan the height of the supporting steel beam will overpower the originality of the pier's remains.

Ms Shaw added that her Group continues to have concerns over the installation of a kiosk in the publically owned Promenade, and fear the park's heritage quay walls could be damaged by vibrations during the reconstruction phase.

She said “the kiosk will severely impact on the sea views of the entrance to the promenade. There is no Health and Safety Impact Study carried out on the effect which the proposed 25,000 visitors will have on the park. It’s not acceptable, and it should be located on its own site.”

Apart from design complaints, criticism has also been lodged at Mr Joyce for his lack of public consultation during the planning process.

Belinda Shaw, who is a member of a number of organisations in the town, said that neither of the Committees of which she  is a member, had been consulted.

The Historic Preservation Group will petition the public over the Regatta weekend to gauge their views on the project.

A spokesperson for the Titanic Experience said they had met with Councillors and spoke with  a number of parties.

“The design follows international best practice conservation principles of contemporary intervention to an historic objectand design guidelines for the placing of new works in a historic urban context such as Cobh.”

Senior Council Official Admits It Could Be Years Before Fota Road...