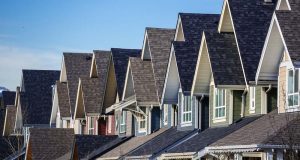 An emergency motion is to be tabled at next week’s sitting of full council (22 January), after hundreds of local authority tenants received letters detailing an increase of up to three times their weekly rent.
In some cases rents are increasing from €40 a week to €170. The local authority claim the hike is due in part to noncompliance by a number of its residents in a major rent review last year.
They say “In cases where required information has not been provided on time, a penalty rent of €170 has now been applied, pending receipt of the required complete up to date information.”
The communication forms part of the authority’s differential rent scheme due to come into play from the 3 February.
The new arrangement is designed to ensure that the rent charged is reasonable and does not create hardship or financial difficulties.
The new demand was sent to over 3,000 social housing tenants last Friday, living in the south cork division, which includes Cobh, Midleton and Youghal.
County Hall have defended the move claiming that if the outstanding paperwork is submitted it could result in a decrease in rent for some tenants.
However tempers were frayed at the authority’s southern divisional meeting this week, as Cllrs claimed many social housing tenants are “very distressed” over the fact their rent has increased, even though their income hasn’t.
Independent Cllr Noel Collins said he had 20 tenants, at his weekly clinic unable to meet the rent increases. The Midleton based Cllr said councillors will be bogged down with letters of complaint unless a council official attends the local county council offices to assess the rent increase, a move that was backed by his Southern Committee colleagues.
Fianna Fail Cllr Seamus McGrath said “The letter doesn’t explain why the rents have gone up. People have had significant jumps and all it says is this is your rent from such a date. There were people on the hardship scheme given some leeway for compassionate or personal circumstances. They have had increases and have not been told that they can re-apply for the hardship scheme.”
Sinn Fein Cllr Des O’Grady said “after Christmas, getting a letter in the door stating you owe €170 a week in rent, when your rent is normally €40, is an absolute disgrace.”
While most Cllrs claimed they were of the opinion the differential rent scheme would involve a minimum rent increase of €2-€4 a week.
Deputy Chief Executive Declan Daly said he had limited information regarding the increases however he would provide further detail at full council.
The deputy CEO said Family Income Supplement was included in the rent review of council tenants.
He added that while he had “no information in relation to a €4 increase. The reality is that some rents based on incomes went up and some went down.”

“They’re Dancing The Night Away By The Bay!”