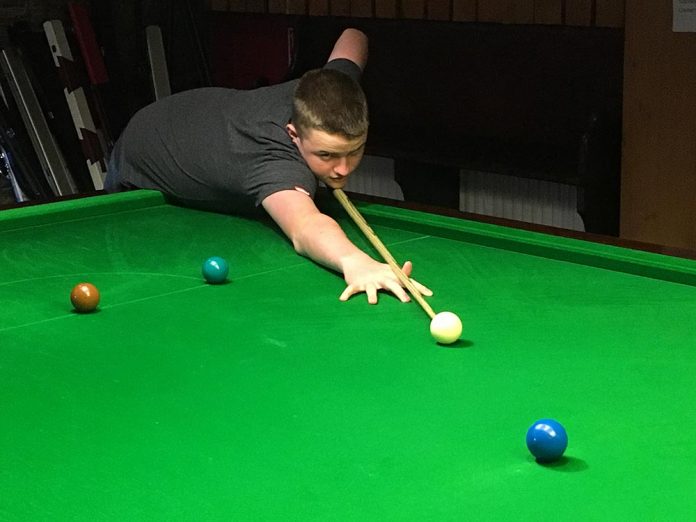 Ross Bulman of Youghal CYMS is representing Ireland at this month’s European Snooker Championships in Bulgaria.
The Youghal native had been competing with his club at the recent provincial and national team championships in Killarney, but his attention now switches to the action in Sofia, where he aims to make his mark on both the under 18 and under 21 events. Ross, who was part of the Youghal side which reached the final of the Munster’s in Co Kerry last month, made it to the last 32 of the World Championships in Qatar at the end of 2017.
Following a training camp in midweek, the nine-time national champion is now Bulgaria-bound, aiming to make an impact at an international tournament once again.
‘‘My hopes for Bulgaria are to get to the final and then win it. I can’t wait to play for Ireland and qualifying for the under 21’s as well makes it even better, ’’ Ross told the East Cork Journal this week.
The under 18 tournament begins on Friday, 2 February, while the under 21 event gets underway on Monday next, 5 February. East Cork’s Derek Kiely is the Press Officer for the championships in Bulgaria. Updates on the tournament are available at www.ebsa.tv

Two Senior Planners to be assigned to the Midleton Greenway Project

Carrigtwohill Camán Till Dawn a Huge Success Despite the Overnight Rain