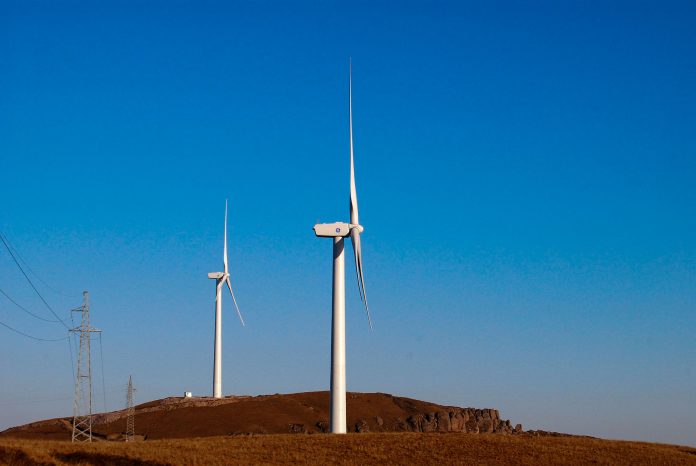 Cork County Councillors say it’s an absolute joke that the wind farm sector is expected to self-regulate, after it has been revealed a number of turbine locations are under investigation for possible planning irregularities.
The information was provided in a report to council following a motion tabled by Cllr Bob Ryan, who is calling for tighter planning laws for the industry.
In a report to Council, the authority’s senior planner Paul Murphy said that of the twenty wind farms in Cork County, six were under investigation following complaints.
It’s understood the alleged infringements include the placing of turbines, their height and noise.
Since 2012 eight wind farm related cases have been investigated by the council’s environmental directorate.
The authority say a further 50 wind farms have planning granted but are not yet constructed.
Cllr Ryan expressed his dismay that there is no national agency in existence to oversee regulation of the sector and to ensure the health and wellbeing of those living in close proximity to the developments.
Cllr Kevin Murphy said the reliance of planning structure on self-regulation has thrown the system into some distribute where renewable energies are concerned.
He said “people who are living closer to those (wind farms) are thrown to the wind as such, but also thrown to the vultures as well because in order to bring a case against the developer they have to bring a civil case themselves.”
Once a developer puts up their turbines there is no responsibility they are compliant, added Cllr Murphy.
Cllr John Paul O’Shea said a vast majority of complaints that are being received are in relation to noise yet there is no sound monitoring being carried out.
Mayor of Cork County Declan Hurley said “We are in a situation that in some areas we are at saturation point with wind farms.” “They can detract from the area and in more importantly the impact they are having on communities and individual residents who have to try and deal with these and live with these on a daily basis.”
The EU has a goal of reducing its greenhouse gasses and increase its consumption of renewable energy by 20%, by 2020. Ireland has already been referred to the European court of Justice for failing to fully transpose the EU’s renewable energy directive. Increased use of renewable energy will enable the EU to cut its greenhouse emissions and make it less dependent on imported energy.
Our failure to meet our target could see a hefty EU bill of €360million, meaning 2017 could be a defining year for the renewable sector.
Currently the government are reviewing its 2006 Wind Energy Guidelines where it’s hoped many of the councillors concerns will be addressed.

After Days Of Speculation Westlife Announce Their First Cork Gig

Colbert & Co Midleton Nominated for The Cork Estate Agent of...