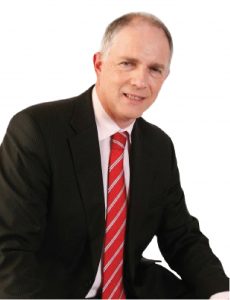 With a cabinet reshuffle looming within weeks, Fine Gael party insiders talk of growing tension among power bidders with others worried that they may lose out on their current cabinet position.
The recent election of Leo Varadkar has created two new seats at the cabinet table, as both Enda Kenny and Finance Minister Michael Noonan have stepped aside.
It’s widely speculated Paschal Donohoe who was labelled the kingmaker during the leadership battle will be given a dual mandate.
It’s expected the loyal Leoist will retain his Public Expenditure portfolio while also gaining the department of Finance.
Both departments would however continue to operate separately.
The shakeup also gives Varadkar an opportunity to breathe fresh life into the party, with sitting TDs opposed Enda Kenny’s position as Taoiseach who were expelled to the back benches, now looking for a position in the new era of Fine Gael.
Simon Coveney is hotly tipped to be Tanaiste and Michael Creed Minister for agriculture.
Here in East Cork Junior Minister of state at the Department of Justice Deputy David Stanton a former secondary school teacher is hoping he makes the grade.
Deputy Stanton who backed Simon Coveney for leader told the East Cork Journal “Leo has got a lot of expectations on him. A lot of people are looking for positions now, so obviously some people will have to make way. I might be one of them.”
Carlow Killkenny TD John Paul Phelan, Chairman of the Oireachtas Budgetary Committee, Waterford TD John Deasy, Cork South west TD Jim Daly, Dublin West TD Michael Darcy and Chief Whip Regina Doherty are all reported to be vying for the front bench.
While who gets what is purely speculation, one thing is for certain the Taoiseach in waiting must first court the Independent grouping as well as Fianna Fail who claim his party have not lived up to the confidence and supply arrangement struck last year.

Midleton’s Books 4 U charity Shop Puts Out The Call for...

Grannies Enjoy Glamorous Afternoon in Youghal at Launch of Food and...

Cycle Against Suicide Calls On Cork To Help Break The Cycle...