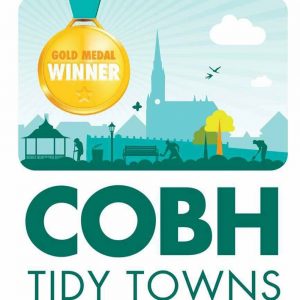 The closing date for entries is almost here for next year’s Cobh Tidy Towns calendar, with the deadline set for this Saturday, 16 September.
This year marks the 8th year the Cobh Tidy Towns is producing its calendar with just days left before the group stops accepting photographs for consideration to be included in the 2018 Discover Cobh Great Island Calendar.
To be eligible for consideration photographs must be in landscape format and be over 1 megabyte in size. However the subject of the photograph allows for more creatively. The photos can be taken anywhere on the Great Island, including looking out from it or looking toward it, and can be shot at any point throughout the four seasons. Candid photographs of Cobh and its people will be accepted provided that the subject gives permission for the photograph to be published. The photos can be submitted by email and should include the location of the shot and the approximate time of the year it was taken.
The calendar, which showcases Cobh and the Great Island, is both an important fundraiser for Cobh Tidy Towns, as well as a consistently popular gift, being sought both those living in the Cobh area as well as those who may be living further afield or even abroad.
Cobh Tidy Towns will send four of its members to the Tidy Towns Awards Ceremony held at the Helix in Dublin in two weeks on Monday, 25 September. In 2016 and 2015 the group won its first two gold medals, following on from silver wins in 2012, 2013 and 2015 and its first medal, a bronze, in 2011.
Submissions, including both the photograph and the required information, for the 2018 calendar should be emailed to cobhtidytowns@gmail.com.

Finally, Jobseekers Benefit for the self-employed

Community Worker Honoured for over Two Decades of Commitment to Imogeela...