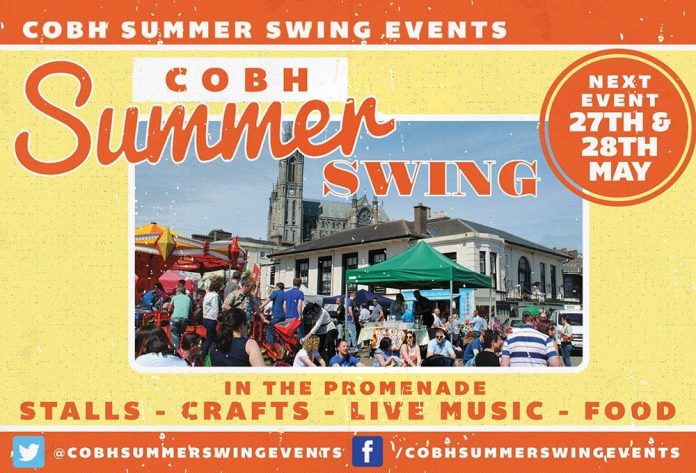 The eleventh annual Summer Swing Concert Series continues in Cobh this weekend 27/28 May.
St. John’s School Carrigaline take to the bandstand at 2pm on Saturday 27 May, followed by Ukaladies Crosshaven, Ukulele Tuesday’s, Shandon Ukulele Group and Gilbert’s Lane.
The School of Uke Aghada Primary School kick off events on Sunday 28th May followed by Ukulele Tuesday’s, Shandon Ukulele Group and Gilbert’s Lane.
Peter Kidney, Spokesperson for the Summer Swing said the group were not sure, 10 years ago when they announced the series of summer concerts, what to expect.
“Over the years we’ve added more stalls, more variety and the number of people attending the events has hugely increased. A lot of people have formed their own business on the success of the Concert Series.”
Mr. Kidney said the community recognises all the hard work which goes into planning and producing these concerts and has shown its support.
“For each event we run, we have a charity partner. The last event which was held over the May Bank Holiday weekend raised €2,000 for the Cobh playground . This weekend’s charity partner is the RNLI.”
The arrival of the liner, the Caribbean Princess, should add to the festival experience in the Harbour town.
As well as live music on the promenade there will be stalls selling hot food, crafts, jewellery, kiddies carousel, a sea rescue by Crosshaven RNLI Lifeboat and a fire hydrant display by tugs.