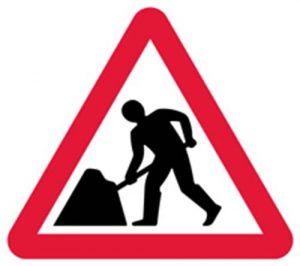 A row has erupted between Cork County Council’s Roads department and Cllr Michael Hegarty how they carry out road improvements.
The Fine Gael Cllr took aim at Dave Clarke, Senior Engineer, Cork Roads, after it was revealed improvement works that are 80% complete on Aghavine cross to Connell’s cross near Ballymacoda will take months before it’s fully concluded.
Despite half a week’s work left for final resurfacing on a 1,917 meter section of the L-3815-49, the job will not be carried out for another 2 months.
The scheme got underway on Monday 12 March but has been marred by a number of unforeseen setbacks due in part to extreme weather events.
Earlier this week restoration improvement works halted in the area as crews were redeployed to other locations.
Cllr Hegarty told the executive on Tuesday he was fed up of being short changed when it came to fixing East Corks Roads.
He said the public are “not happy campers”, “people are frustrated and annoyed with cars damaged, kids falling off bicycles, and it’s not good enough.”
The Fine Gael Cllr said there needs to be a serious review on how the transport section operate.
“Surely when you go out to do a job it’s completed once and for all” he commented.
Senior Engineer Dave Clarke said the motor grader is a key resource in maintaining the areas roads.
At present he said its allocation is controlled centrally with each area allocated a number of weeks on a rotational basis.
He said the grader is not due back in the Ballymacoda area until 11 June.

A Memorial to Honour Youghal men lost in WWI and WW2

Judging Begins this Monday for the Best Estate in Carrigtwohill