Gardaí have been criticised for the response of the Forces to a jeep theft, which may have allowed thieves to escape after the robbery had been notified within minutes. East Cork farmer, Nicholas Kelly, said the Gardaí’s initial response to reports of suspicious activity last Saturday 18 August in the Kilcounty and Mount Uniacke area was a shambles. The Kilcounty farmer said while he was happy with local Gardaí in Youghal, the failure of the Force to set up road blocks at Youghal Bridge, Tallow, Fermoy and Killeagh has led the culprits to escape to the North. 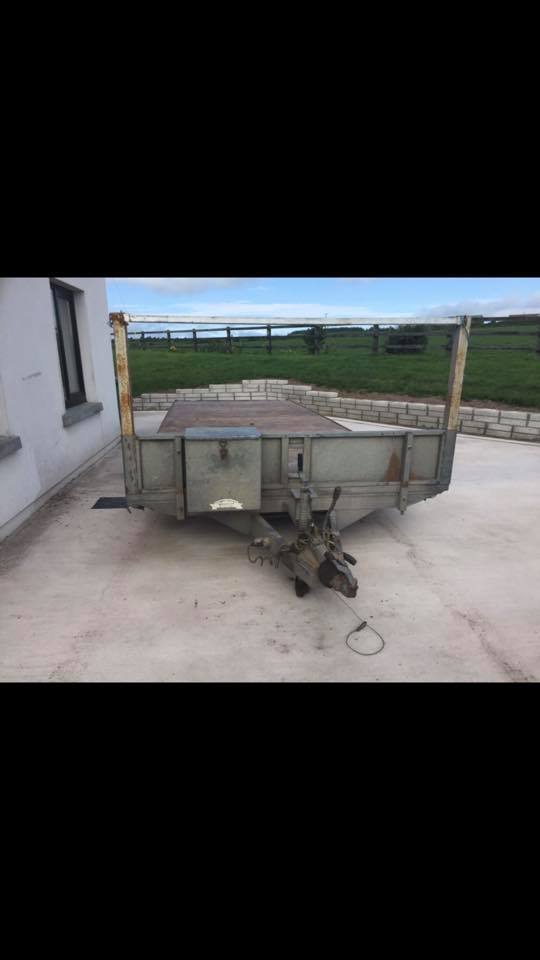 Mr Kelly’s   182 C 670 Black Toyota Land Cruiser was stolen from Kelkab Ltd in Kilcounty, where Mr Kelly is a Director, last Saturday morning along with its trailer.  The trailer was a 21ft x 7.6ft Graham Edwards trailer.  Both stolen items, which have a combined value in excess of €50,000, were removed from the Kelkab yard shortly after 11:00am.Purchased last month and only taxed on Thursday (16 August), the jeep was tracked going through an M1 toll in Drogheda via an e-flow tag.  Hours later the vehicle was recorded on CCTV in the North of Ireland.

Mr Kelly has issued a request for information through social media which will lead to the apprehension of those responsible.This is believed to be the third jeep to be stolen in a matter of days - on Thursday last, 16 August from a farm yard in Mullinahone, Co.Tipperary, and a third is believed to have been taken from the Clashmore area of West Waterford on Sunday 19 August.

Gardaí would not comment but did confirm they are investigating the unauthorised taking of a 4x4 vehicle from a yard at Killeagh, Co Cork on Saturday, August 18th 2018. No arrests have been made and the investigation is ongoing.

Latest statistics show that, when compared to the same time last year, theft of vehicles increased across Cork County in the first four months of 2018, up from 89 in 2017 to 122.