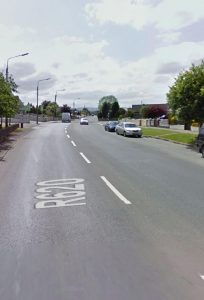 Taoiseach Leo Varadkar has said the government are committed to driving ahead with the constructing the M20 motorway between Cork and Limerick.
The announcement was made last Friday 13 October at the Cork Chambers Breakfast briefing.
Taoiseach Varadkar said the €20million needed for the scheme will be included in the government’s 10 year capital plan expected to be announced this December.
Over 300,000 jobs are planned for the Cork and Limerick region through the government’s action plan on Jobs.
County Mayor Declan Hurley said “the M20 between Cork and Limerick will provide connectivity and enable the realisation of a number of opportunities for social, economic and tourism growth between both cities.”
He said “the commitment by government signifies the recognition from the government to maximise the unique capacity of Cork to compliment Dublin.”
A recent report produced by the Irish Academy of Engineering was scathing in its criticism of our Infrastructure plans and criticised current policy for following development rather than leading it. The report states that spatial planning will have to be supported by an integrated infrastructure plan and the lack of an M20 between Cork and Limerick is a major concern to numerous stakeholders throughout the South-West, who recommended that it should now be fast-tracked.
That report identified the upgrading of the N20 as the single biggest issue that needs to be addressed in transport infrastructure in Ireland.
MEP for Ireland South Deirdre Clune also welcomed the announcement stating the connection between both cities will operate as a counter balance to Dublin by taking pressure off the region.
“Ireland’s population is expected to be somewhere around 6.2 million people by 2030. Most of this population growth will disproportionately go to Dublin. Just under 40% of Ireland’s population live in the greater Dublin area” she added.

Carrigtwohill and Glounthaune Residents Asked for Opinion on Boundary Extension