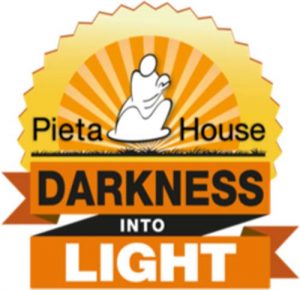 Following on from the first meeting of committee members, Áine Martin, Peter Queally, Catriona Bulman, Tommy Roche, Jimmy Healy, Don Sheehan, Ken Bulman and Ricky Devereaux, it was decided that the official launch of Youghal’s Darkness into Light 2018 will take place this Saturday, 24 March in the GAA Club at 8PM. Registration details and all relevant information will be available at the launch. The committee are expecting a great turn out given how many Youghal people have previously travelled to neighbouring towns to take part in previous Darkness into Light events. It’s hoped that representatives of all local clubs and societies will attend the launch to pass on the main event information to their members.
Youghal has added its name to the list of venues across the country set to take part in the Darkness into Light campaign on the 12 May this year. Darkness into Light is the flagship fundraising event of Pieta House and allows the continued provision of free counselling sessions for those people who are in a suicidal crisis or self-harming and also those who have been bereaved by suicide. Over 150,000 people at 150 venues took part last year as a national cry to not only raise awareness of the impact of suicide amongst families and communities, it’s also a show of solidarity between families and communities to remove the stigma of suicide and self-harming and encourage those is need to get the help they need without fear of judgement. Help is out there but for the ability and courage to get ask for it.

Midleton To Welcome Back Traffic Warden

N25 Between Carrigtwohill and Midleton Facing Traffic Chaos if Plans to...