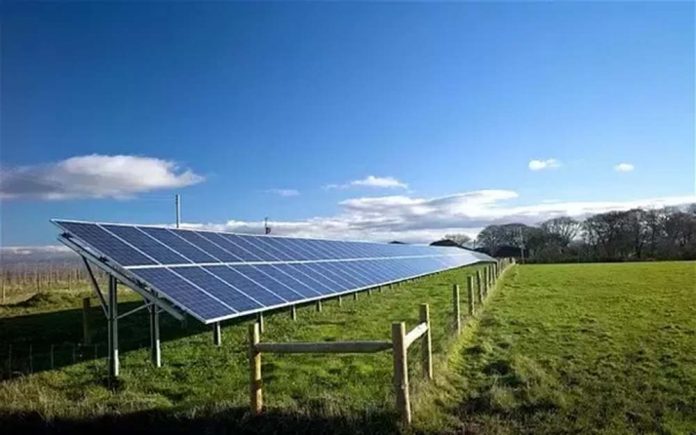 Power Capital Renewable Energy Ltd, an investment management firm, which specialises in renewable energy and clean technology plan to develop a solar farm in the Youghal area.
The company have lodged an application with Cork County Council, seeking to build a photovoltaic panel array consisting of up to 14,000 metres squared on ground mounted steel frames at Youghal Mudlands.
The 4 megawatt solar farm will be big enough to provide power to 1,300 homes.
The proposed venture includes provision for four substation buildings, four inverter units, one storage and control cabin, underground cabling and ducting, boundary security fence, new internal tracks, CCTV and all associated site services and works.
This is one of a number of solar projects being developed in Ireland by the company.
Even though the project won’t be visible from the road, the company say they will be planting screening foliage around the site.
Unlike other forms of renewable energy the site would not be visually or audibly disruptive.
The solar farm will occupy a 14 acre site.
If the project is given the green light the company plan to sell power from the array to the local electricity grid.
Last year ESB Networks announced its move into the green energy sector as they plan to develop up to 100MW, with the potential that this may extend to 500MW in aggregate between now and 2021.
The ESB initiative forms part of the Irish Government’s commitment to an EU goal of reducing its greenhouse gasses and increase its consumption of renewable energy by 20% by 2020.
Renewable sources include wind, solar, hydro-electric and tidal power as well as geothermal energy and biomass.
Increased use of renewable energy will enable the EU to cut its greenhouse emissions and make it less dependent on imported energy.
For many years the Irish Government has put all its eggs in the wind farm basket, now the Minister responsible for natural resources, Denis Naughten realises the government must diversify when it comes to renewable energy.
In 2015 Ireland just generated 20% of its energy from wind, representing half of the agreed amount under its EU commitment.
Under the EU directive we must create 40% of our electricity from green energy with 16% of our overall need for heat, transport and electricity coming from renewable sources.
Failure to meet these targets will result in heavy fines for Ireland of €150million per percentage point we are off.
To date 225 applications for solar farms have been received by local authorities across the country in the past two years.
Cork County has the highest number of applicants at 38 followed closely by Co Wexford at 35.
To date 82 solar farms have had their planning granted by local authorities with 7 refused.
Of 16 that went to An Bord Pleanala 13 were granted permission.
At present there are 31 application undergoing an appeals process.